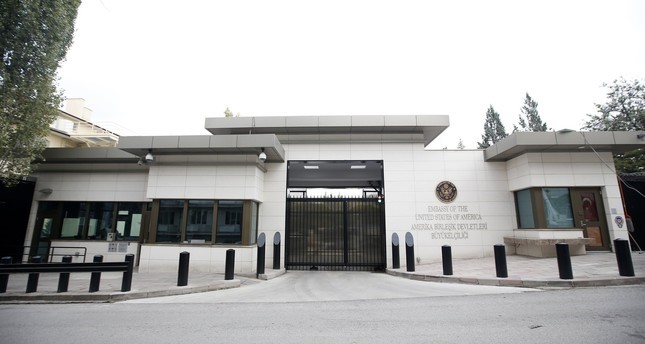 A delegation from the Justice Ministry, who were on their way to the United States to visit American prisons for examinations, canceled their plan due to the visa crisis between the two countries.

"Due to the recent visa crisis between the two countries, the visit was cancelled by our Ministry," the Justice Ministry said in a statement Tuesday, adding that there were no visa applications to be rejected.

The U.S. embassy in Ankara said on October 8 that all non-immigrant visa services in its diplomatic facilities in Turkey were suspended after the arrest of one of its employees over the Gülenist Terror Group (FETÖ) ties.

Hours after the U.S. decision, Turkey said it was also halting visa applications from the U.S. The move, announced online by the Turkish embassy in Washington, applies to visas in passports, electronic visas and visas at the borders.

Metin Topuz, the Turkish employee in question, was working in the U.S. Consulate in Istanbul and arrested on charges of espionage and over his links to FETÖ, the group blamed for the July 15, 2016 coup attempt that killed 249 people in Turkey.

FETÖ is also accused of behind a long-running campaign to overthrow the state through the infiltration of Turkish institutions, particularly the military, police and judiciary.