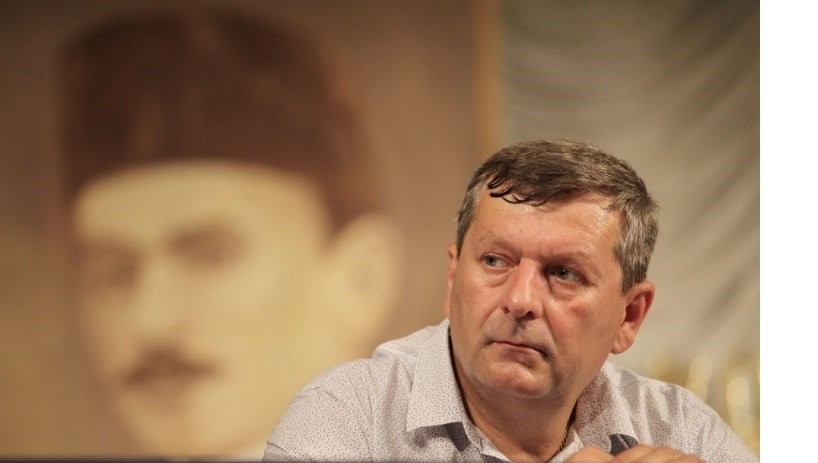 Two leading Crimean Tatar activists imprisoned this year by Russian authorities in annexed Crimea have been freed and have flown to Turkey, the wife of one activist said Wednesday.

"Ilmi Umerov and Akhtem Chiygoz are freed and most likely have already landed in Ankara," Umerov's wife Maye said.

According to the long-time Crimean Tatar leader Mustafa Dzhemilev, Chiygoz and Umerov were first brought to Crimea's capital Simferopol, then flown to Russian city of Anapa, and later the airplane with them onboard went to the Turkish capital Ankara.

Dzhemilev added that this extradition was made possible due to agreements reached during President Recep Tayyip Erdoğan's visit to Ukraine earlier in October.

"Thank you to President of Turkish Republic [Recep Tayyip Erdoğan] for his efforts in freeing our heroes as we agreed in New York and Kiev," Ukrainian President Petro Poroshenko said in a tweet.

Head of the Mejlis Refat Chubarov told reporters that the activists had been freed after "talks between Russian President Vladimir Putin and Erdoğan."

"Active work over this issue has been going on for two weeks. This is the result of recent talks between Erdoğan and Putin," Chubarov said.

He also credited German Chancellor Angela Merkel with playing a role in freeing Chiygoz and Umerov.

Akhtem Chiygoz, who is a deputy chairman of the Mejlis, was sentenced to eight years of prison time by Russian de facto authorities in Crimea over his participation in a demonstration Feb. 26, 2015, in support of Ukraine's territorial integrity. Chiygoz was tried and sentenced for an alleged crimes he committed before the Crimean peninsula was formally incorporated into Russia.

Ilmi Umerov, another deputy chairman of the Mejlis, was sentenced to two years for allegedly inciting violence and mass riots.

Most European countries and the U.S. have repeatedly called for their release and said their sentences were politically motivated.

Russia occupied Crimea, a peninsula in the northern Black Sea, in March 2015 after a referendum considered illegal by both Ukrainian and international law. In response to Russia's occupation of the territory, the U.S., EU and other countries imposed tough economic and political sanctions against Moscow.

Crimean Tatars, an indigenous people of the peninsula, emerged as the most vocal pro-Ukrainian force in Crimea. As a result, the roughly 400,000-strong nation experienced repression, including arbitrary arrests and detentions.