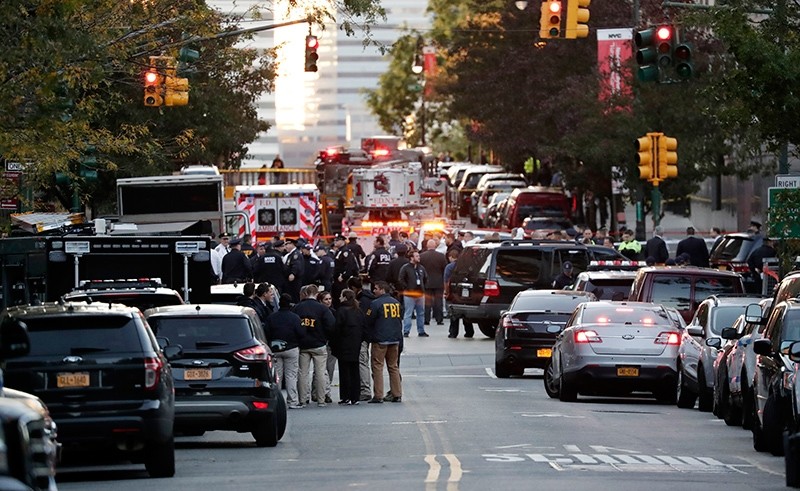 "We are deeply saddened by the terror attack that took place in New York City on the 31st of October that claimed the lives of 8 people and left more than 10 wounded," the statement said.ü

In his weekly press conference, Presidential Spokesperson İbrahim Kalın also said that Turkey condemns the attack with the strongest terms. Noting that terror has no religion, language or race, Kalın also warned that debates on the name or the identity of the attacker should not be made.

"We emphasize that it is wrong to use terms like radical Islamic terrorism when the attacker is Muslim, while assessments are being made with terms like 'lone wolf' or 'person with psychological problems' in other cases," Kalın said.

The terrorist, who plowed a vehicle into a pedestrian and bike path in Lower Manhattan, was identified as 29-year-old Uzbek national Sayfullo Habibullaevic Saipov from Florida.

"We strongly condemn the attack and extend our condolences to the families of those who lost their lives in the attack," the MFA added.

The driver was shot by police after jumping out of the truck with what turned out to be a fake gun in each hand, officials said. He was taken into custody.