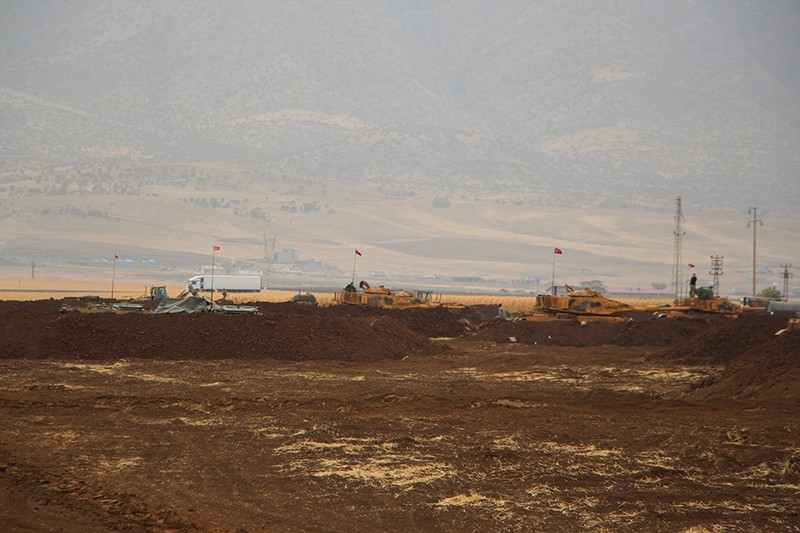 Kurdistan Regional Government (KRG) said on Thursday it has offered a joint KRG-Iraqi deployment at a strategic crossing with Turkey, with participation of representatives from the U.S.-led coalition helping fight the Daesh terrorist group.

The offer was revealed hours after Iraqi armed forces accused the (KRG) of delaying handing over control of Iraq's borders with Turkey, Iran and Syria and threatened to resume operations to capture KRG-held areas.

The KRG's Peshmerga Affairs, or defense department said the offer was part of a five-point "deconfliction" proposal made to the Iraqi government on Oct. 31.

The other points included a ceasefire on all fronts, continued cooperation in the fight against Daesh, and a joint deployment in so-called disputed territories, which are areas claimed by both the KRG and the Iraqi central government.

The KRG "continues to welcome a permanent ceasefire on all fronts, deconfliction and the start of a political dialogue" with Baghdad, the statement said.

The joint deployment at the strategic Fish-Khabur crossing was meant "as a goodwill gesture and trust-building exercise that ensures a limited and temporary arrangement until an agreement is reached in accordance with the Iraqi Constitution," the KRG statement said.

Fish-Khabur is strategically important for the KRG region because it is the point where its oil pipeline crosses into Turkey.

Iraq's entire land border with Turkey is located inside the KRG region, and has been controlled by them since before the fall of Saddam Hussein in 2003.

Abadi declared a pause on Friday in an offensive that began on Oct. 16 to take over the disputed areas. The oil-rich city of Kirkuk fell on the same day without much fighting.

The Iraqi Joint Operations Command accused the KRG on Wednesday of using the talks that started on Friday to "buy time" in order to strengthen Kurdish lines.

"We will not allow it; the federal forces are mandated to secure (the disputed) areas and borders," it said in a statement.

Iraqi troops set up positions between Turkish and KRG checkpoints on Tuesday at the Habur border crossing, between the Turkish town of Silopi and the Iraqi town of Zakho.

That meant vehicles crossing the border were subject to three separate checks.