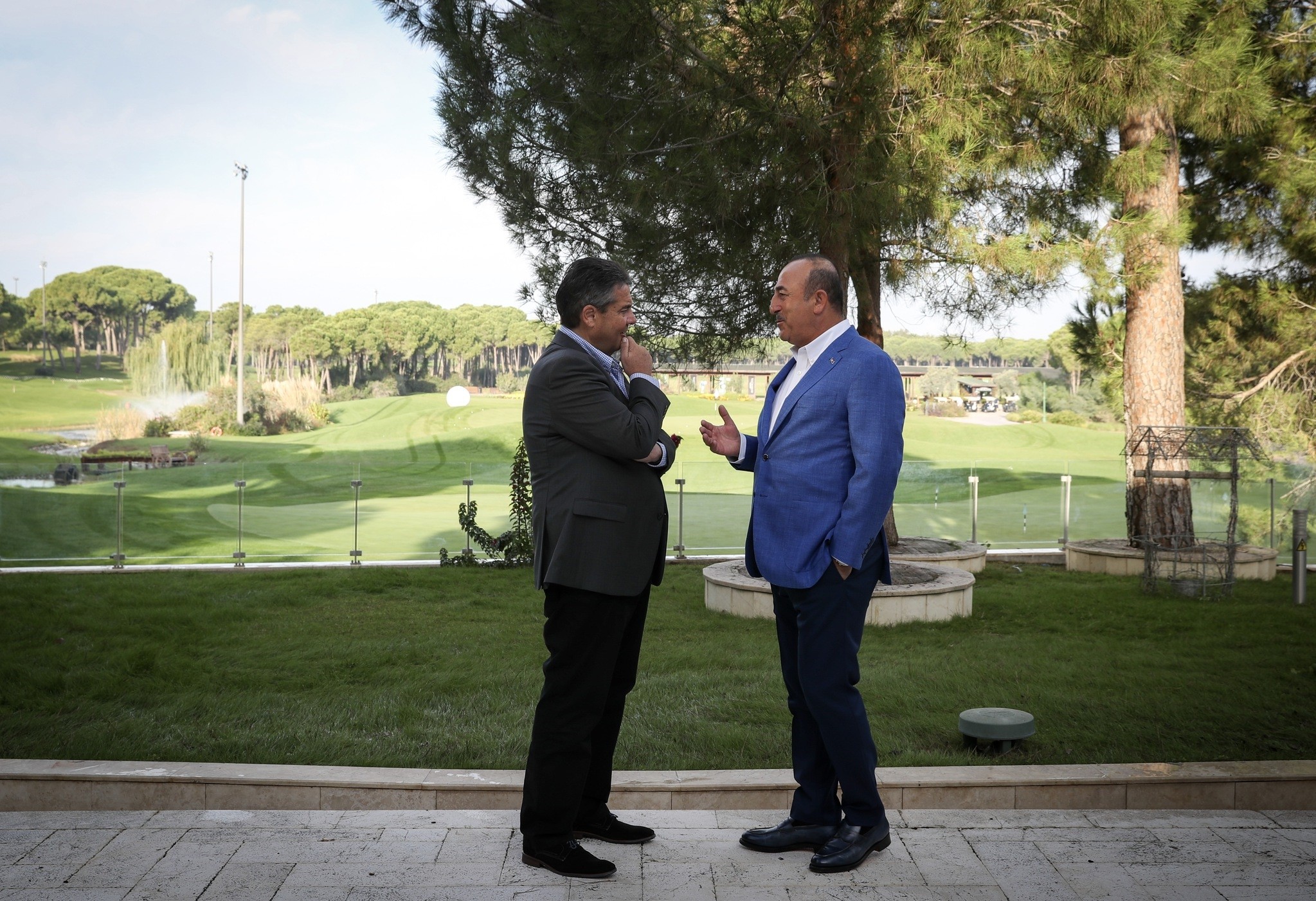 The foreign ministers of Turkey and Germany held a breakfast meeting in Turkey's southern Antalya province on Saturday, in a sign of thawing ties.

The two ministers are in Antalya for the 2017 Turkish Airlines Open golf tournament held as part of the European Tour Rolex Series.

The tournament, in which 78 players are competing, is held at the Regnum Carya Golf & Resort.

Ties between Ankara and Berlin have been strained since the defeated coup in Turkey last year as Turkish politicians criticize their German counterparts for failing to show strong solidarity with Ankara against the attempted military takeover.