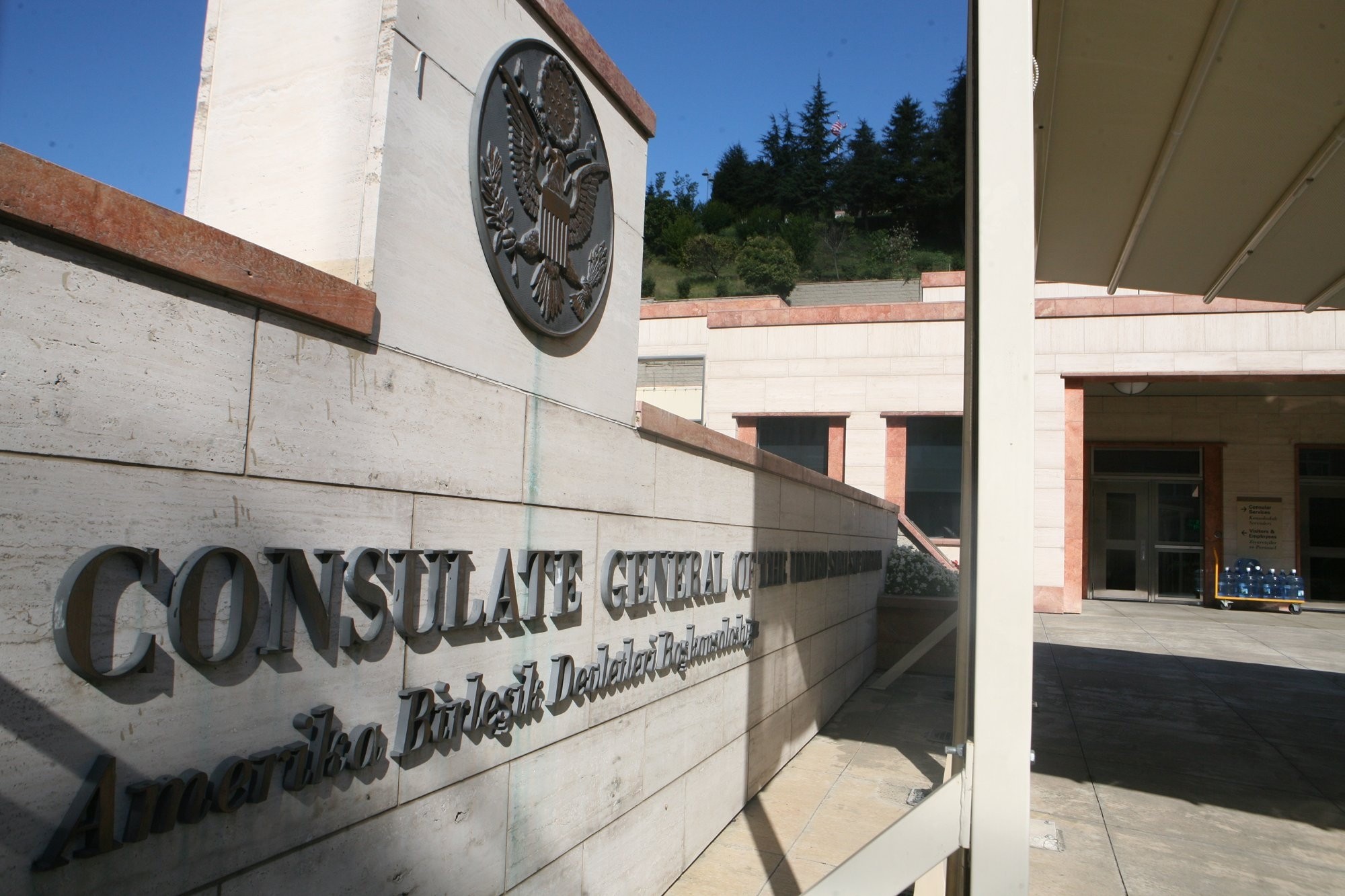 A file photo of the Consulate building of the United States of America located in Istanbul, Turkey.
by daily sabah
Nov 06, 2017 12:00 am

The U.S. Embassy in Ankara said its missions in Turkey have started to resume processing visas on a "limited basis," ahead of Prime Minister Binali Yıldırım's visit to the U.S.

A statement released by the embassy said the security posture in Turkey has improved efficiently to resume services, adding that the U.S. received initial high-level assurances from the country that there were no additional local employees of U.S. missions under investigation.

The embassy also said U.S. and Turkish authorities agreed to be in contact in advance if Turkey opens an investigation against a member of the U.S. staff in Turkey.

However, Turkey soon denied that it had given assurances to the U.S. authorities about the ongoing cases in the country.

The statement released by the Turkish embassy in Washington said no mission employee was investigated in any probe for performing official duties, refuting the earlier U.S. statement.

Turkish embassy also voiced concerns about its citizens detained in the U.S., specially choosing similar words used by in the U.S. statement.

The statement added that U.S. officials will continue to engage with their Turkish counterparts to seek a satisfactory resolution of the cases of detained and arrested U.S. employees and citizens.

The move signaled a tentative improvement in the ongoing diplomatic crisis between the two countries only a day before Yıldırım's visit to Washington to discuss bilateral ties.

Shortly after the confirmation, a Turkish government official said Turkey may partially ease the visa services after Washington's decision.

The U.S. Embassy suspended the visa services at its diplomatic missions in Turkey in early October following the arrest of Metin Topuz, a longstanding U.S. consulate employee and a Drug Enforcement Administration (DEA) agent at the Istanbul Bureau, over ties with the Gülenist Terror Group (FETÖ).

Topuz has been linked to a number of FETÖ suspects, including police commissioners and former prosecutor Zekeriya Öz, a fugitive accused of attempting to overthrow the government through the use of force, according to a judicial source who asked not to be named due to restrictions on speaking to the media.

Following the arrest, the U.S. Embassy in Ankara said all non-immigrant visa services in its diplomatic facilities in Turkey were suspended. Turkey responded to the U.S. move by saying it had halted processing visa applications from the U.S. The pause, announced online by the Turkish embassy in Washington, applies to visas in passports, electronic visas and visas at the borders, and was also effective immediately.