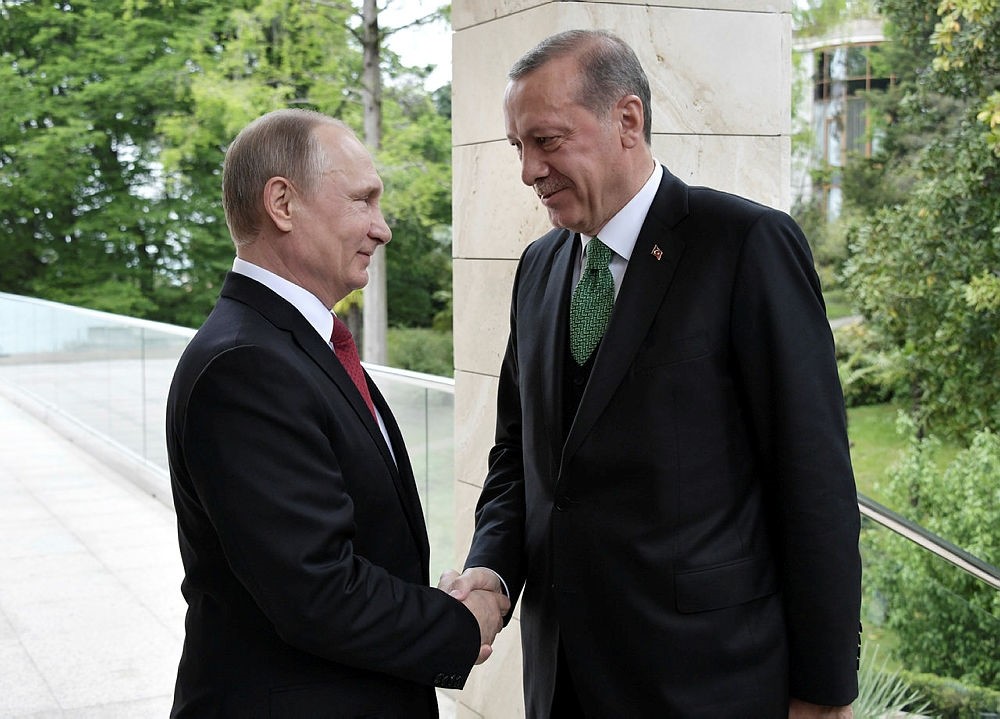 Russian President Vladimir Putin (L) shakes hands with President Recep Tayyip Erdogan during their meeting at the Bocharov Ruchei residence in the Black sea resort of Sochi, Russia, May 3, 2017. (EPA Photo)
by daily sabah
Nov 08, 2017 12:00 am

"The presidents [of Turkey and Russia] will go over the whole range of bilateral cooperation, which is now gaining momentum and has already reached the pre-crisis level. In this regard virtually all restrictions on trade and economic relations were lifted, and they are [now] successfully developing," Ushakov said.

Ushakov added that Erdoğan and Putin will also discuss the situation in Syria as well as preparations for Russian-sponsored congress of Syrian groups.

"All Syrian issues, including preparations for the Congress of Syrian peoples, [or] the Congress of national dialogue, as it is now called, will be discussed," Putin's aide said, adding that this will be the main part of the meeting.

Erdoğan is scheduled to meet with Putin in the Russian Black Sea coastal city of Sochi on Nov. 13.