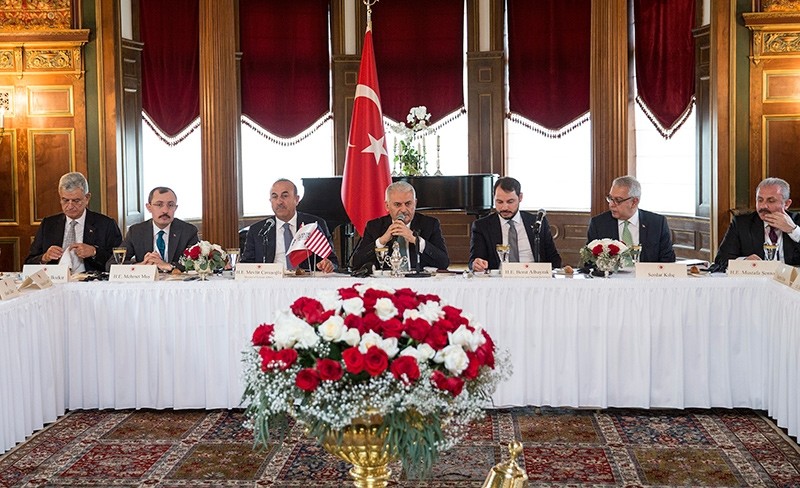 Prime Minister Binali Yıldırım continued his meetings in the U.S. capital amid signs of improving relations between Washington and Ankara.

On the second day of his visit, Yıldırım met Turkish-U.S. opinion leaders at the Turkish Ambassador's residence in the U.S. capital Wednesday.

Some prominent U.S. diplomats and representatives of think tanks attended the meeting which was closed to press.

Yıldırım will also meet U.S. Vice President Mike Pence Thursday at the White House, on the last day of his visit in Washington followed by a trip to New York City.

The two are expected to discuss economic and military ties, as well as instability in Syria and Iraq.

But more contentious issues are also expected be examined, including the refugee crisis on Turkey's border, a visa row, Daesh, PKK terror groups and the Gülenist Terror Group (FETÖ).