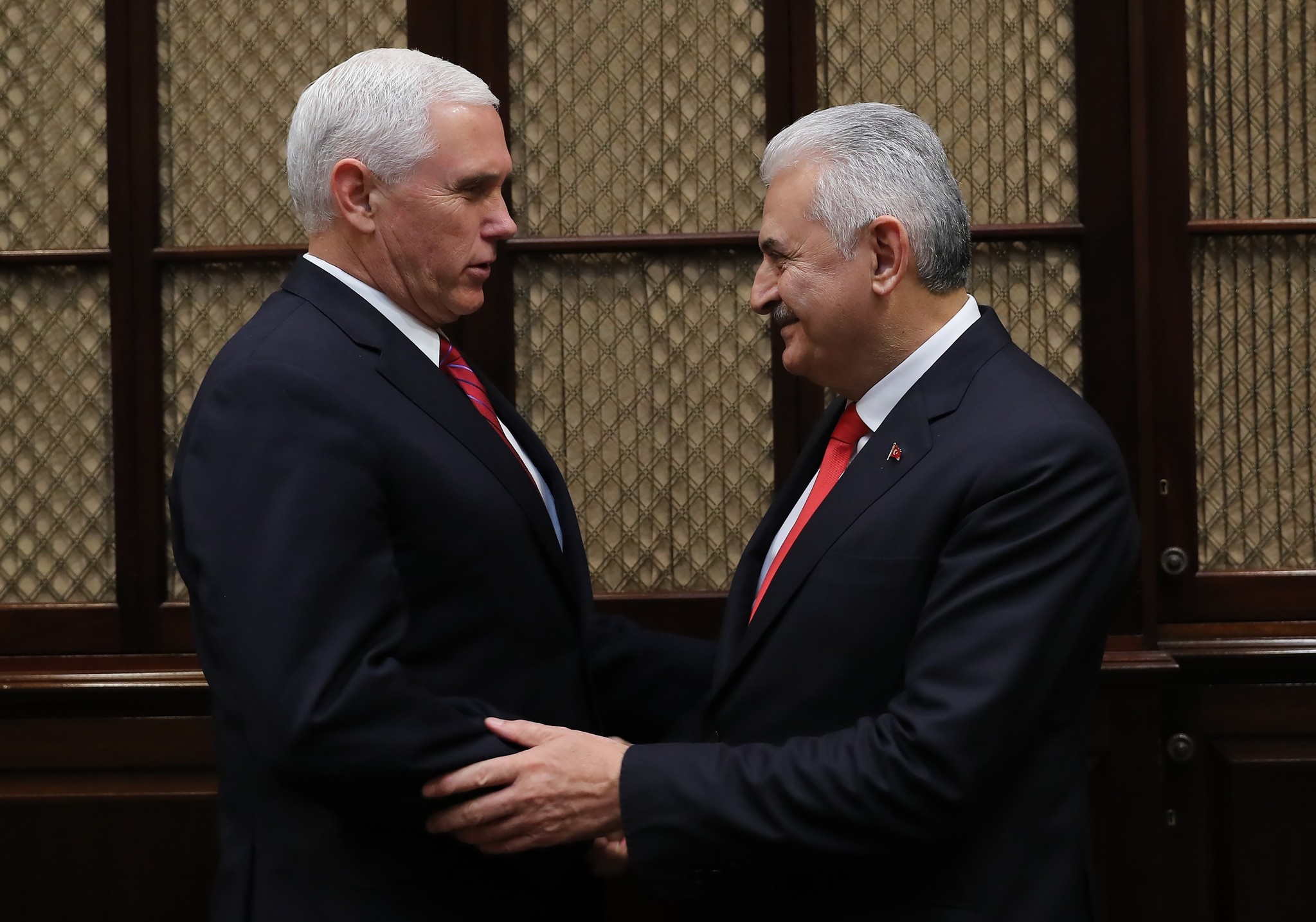 At a time when relations between Turkey and the U.S. are fraught with mutual distrust, Prime Minister Yıldırım met with Vice President Pence to underline Turkey’s exasperation with continued U.S. aid to terrorist groups that pose clear and present danger to Turkey

The meeting lasted for one hour and 20 minutes, media sources reported.

Later in the day, the office of the Vice President released a readout regarding the discussion.

"Today at the White House, Vice President Mike Pence met with Turkish Prime Minister Binali Yildirim to reaffirm the enduring strategic partnership between the United States and Turkey," the office said in the readout.

"The leaders expressed hope that their meeting would help to usher in a new chapter in U.S.-Turkey relations and agreed on the need for constructive dialogue, as friends and Allies, on bilateral challenges. They highlighted the United States' and Turkey's mutual interest in stability and security in the Middle East and agreed to further intergovernmental consultations toward that end," the office added.

"The Vice President also thanked the Prime Minister for Turkey's contributions to global security and the fight to defeat ISIS, and he underscored the U.S. commitment to stand with Turkey against the PKK and other terrorist threats," Pence's office said, using an alternative acronym for Daesh terrorist group.

"The Vice President expressed deep concern over the arrests of American citizens, Mission Turkey local staff, journalists, and members of civil society under the state of emergency and urged transparency and due process in the resolution of their cases."

Yıldırım had told journalists Wednesday that Turkey and the U.S. should focus on the future of bilateral ties and let bygones be bygones, adding that he would renew the request for Fetullah Gülen's extradition during the meeting with Pence. Noting that the leader of FETÖ, which was behind last year's failed July 15 coup attempt, must be extradited as soon as possible, the prime minister said both countries should work to achieve normalized bilateral relations.

"We want to leave behind our problems with the U.S.," Yıldırım said. Regarding the extradition process for Gülen, he said Turkey has provided every document and piece of evidence necessary for his extradition.

Later Thursday, Yıldırım is scheduled to meet U.N. Secretary General Antonio Guterres and representatives of the Jewish community in New York before addressing investors at a dinner.