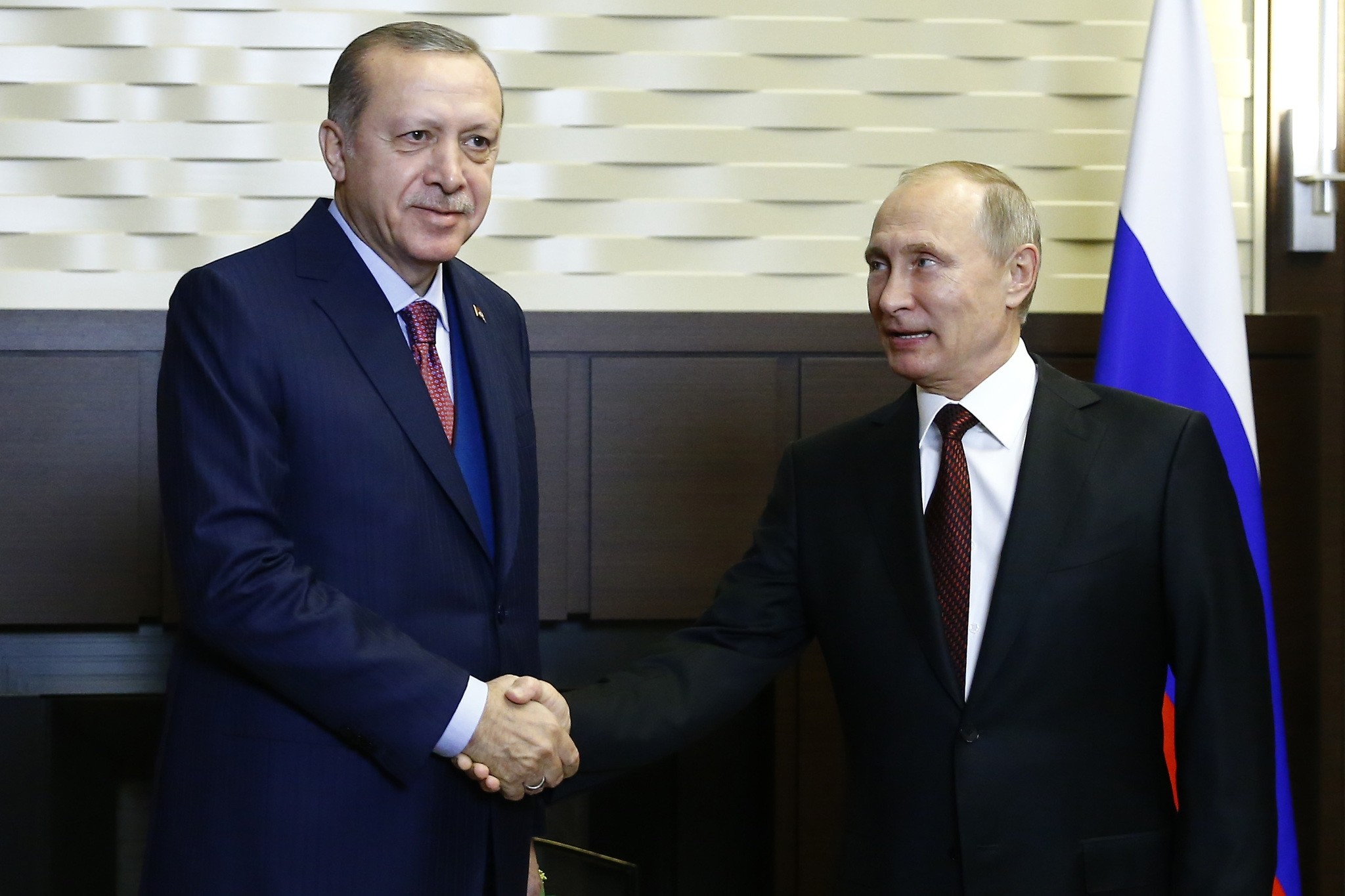 President Recep Tayyip Erdogan and his Russian counterpart Vladimir Putin met met to discuss bilateral ties at the presidential residence in Sochi on Nov. 13, 2017. (AA Photo)
by Daily Sabah with AA Nov 13, 2017 12:00 am

Speaking after a closed meeting in Sochi, Putin said the Astana framework created necessary conditions for U.N. intervention to protect Syrian refugees and that Russia would continue to work with Turkey to help resolve the crisis.

For his part, Erdoğan also said Turkey's work with Russia and Iran has yielded positive results on the ground.

During the closed meeting, the two leaders mainly focused on economic relations between Turkey and Russia, underlining the success of normalization process.

Putin said Russia and Turkey are planning to launch the first reactor at Turkey's Akkuyu nuclear power plant in 2023. He said the Russian state nuclear agency Rosatom would begin work at the Akkuyu site in the near future.

On May 3 last year in Sochi, the two leaders met to work toward diplomatic efforts for establishing de-escalation zones in Syria.

Speaking to the media prior to his meeting with Putin, Erdoğan said: "Both our bilateral relations in the region and our solidarity [with Russia] on regional problems increase our confidence for the future."

"Our cooperation, both in bilateral relations and on regional issues, have also improved our trust in the future of ties. The relations in political, military, economic, trade, culture, and tourism areas continue to increase day by day," Erdoğan added, thanking Putin for his invitation.

Putin said the meetings with Turkey, including those about the Syrian crisis, had a "positive" effect.

He added that the bilateral trade volume between Turkey and Russia had increased more than 30 percent in the first eight months of this year compared to last year.

"We can say that the relations between Turkey and Russia are now completely restored," Putin said.

After Turkey shot down a Russian military jet over an airspace violation in November 2015, Moscow took several punitive measures against Ankara, including banning imports of Turkish agricultural products and ending visa-free travel for Turkish citizens.

Since last summer, however, after President Erdoğan made a visit to Russia, Moscow has lifted most bans and started diplomatic dialogue. Speaking in a press conference before the meeting between the Turkish and Russian delegations, Putin said the continuing dialogue between the two countries has created a positive effect on bilateral ties. President Erdoğan also highlighted that frequent visits between the leadership of the two countries have helped normalization and strengthening of relations.