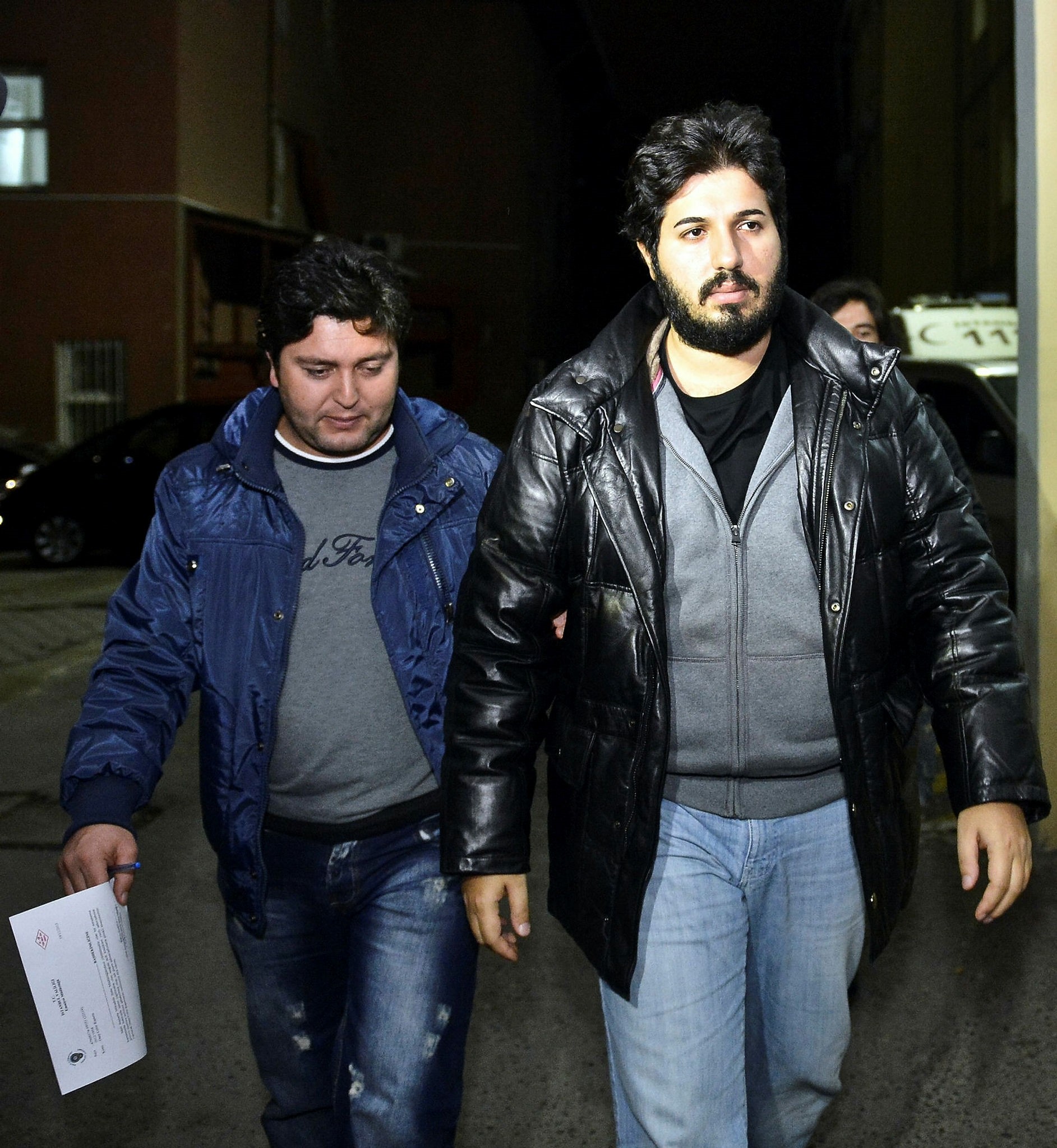 Çavuşoğlu told reporters that the first diplomatic note about Zarrab's condition was issued three or four days ago, and Turkish authorities pushed the U.S. once again for an answer.

On Wednesday, the Foreign Minister issued a note, urging the U.S. to notify Turkish authorities before relocating Turkish detainees to different facilities. The ministry noted that Zarrab was recently threatened in a federal holding facility, which necessitated moving him to a different facility.

It highlighted the importance of the U.S. State Department's assistance in notifying the Turkish Embassy and their attorneys as soon as possible when Turkish citizens are moved to a new location as well as the reasons for such a decision.

In the note, the ministry asked the whereabouts of the businessman, who was arrested in Miami last year on charges of engaging in hundreds-of-millions-of-dollars of transactions on behalf of the government of Iran and other Iranian entities, which were barred by U.S. sanctions, while laundering the proceeds and defrauding several financial institutions by concealing the true nature of the illegal transactions.

His lawyer said that he cannot communicate with Zarrab, who is standing trial in New York, and the Attorney General's Office does not provide his specific whereabouts and the state of his health.

On Thursday, government spokesperson and Deputy Prime Minister Bekir Bozdağ said that the U.S. responded to Turkey's note by saying that Zarrab is in good health.

The indictment broadens the case targeting Zarrab over the sanctions evasion, which has fueled tensions between the U.S. and Turkey. Zarrab and Halkbank Deputy General Manager Mehmet Hakan Atilla, who was arrested while in the U.S. in March 2017, are scheduled to stand trial soon. If convicted, they face prison terms of up to 30 years.

Turkey argues that the case has been turned into a political case against Ankara. President Recep Tayyip Erdoğan on Sept. 8 slammed the U.S. administration in response to charges that were filed against Turkey's former economy minister who is accused of violating U.S. sanctions on Iran, calling the decision a political step taken against the Turkish state.

"This issue is really an interesting one. It is already not possible to comment on it maintaining legality. I am assessing the legal step taken against our former economy minister and I am emphatically saying that this is a step taken against the Republic of Turkey, as [the U.S.] has not been able to provide the basis of the allegation against him personally as of yet," Erdoğan had said in Istanbul ahead of his departure to Kazakhstan to attend the Organization of Islamic Cooperation (OIC) summit.

U.S. judge Richard Berman's previous contacts with fıgures associated with the Gülenist Terror Group (FETÖ) has raised questions about the impartiality of U.S. justice, as he is presiding over the case in New York against allegations that Zarrab defied U.S. sanctions on Iran.

According to a report by Kenan Kıran in the Sabah daily, Berman, a senior United States District Judge of the United States District Court for the Southern District of New York, had come to Turkey after the attempted coup by FETÖ members in the judiciary on Dec. 17 and Dec. 25 in a so-called corruption case. During his visit, Berman attended a symposium on May 8-9, 2014, titled "Justice and Rule of Law" as a moderator, where he had criticized the Justice and Development Party (AK Party) government and Erdoğan, saying: "It is a not a secret that the rule of law, which is opposed to one-man rule, is under a threat in Turkey. In my opinion, one-man rule should definitely be replaced by the rule of law." The report says that the organizers of the symposium are known for links to FETÖ, and had escaped Turkey after investigations against them for links to FETÖ.

At the time, Berman had also commented on Turkey's internal affairs when FETÖ-linked figures were suspended from duty after the December 2013 case in an interview with Today's Zaman, a daily then linked to FETÖ, where he had said: "The superiority of law is under attack in Turkey, as the freedom of the judiciary was confronted on Dec. 17. There was an intervention on the Dec. 17 case, Erdoğan's messages affect the Turkish public negatively."

In the infamous Dec. 17 and Dec. 25, 2013 anti-graft investigations, FETÖ turned to its members in the judiciary to deal a blow to the government.