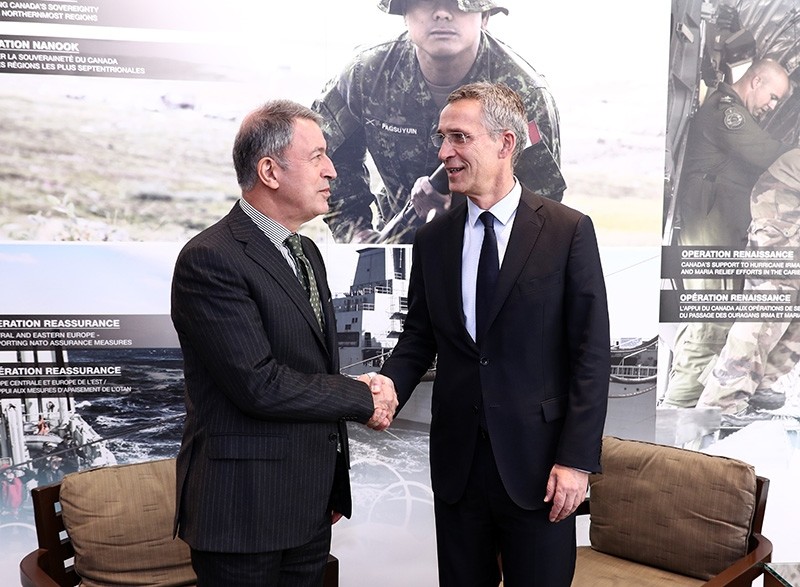 NATO's Secretary General Jens Stoltenberg apologized to Chief of Staff Hulusi Akar in a meeting held in Canada's Halifax over the "enemy chart" incident, in which President Recep Tayyip Erdoğan and the founder of the Republic of Turkey Mustafa Kemal Atatürk were insulted, military sources said late Friday.

"Mr. Stoltenberg also asked Commander Akar to convey his apologies to President Erdoğan," the statement said, adding that an investigation was launched by Norwegian authorities regarding the incidents.

According to the statement, Akar reiterated in the meeting that the investigation should be "extensive," adding that those who try to exploit NATO for their own agendas should not be allowed to harm cooperation among NATO allies.

Earlier on Friday, President Erdoğan announced that Turkey has withdrawn its 40 troops from a planned NATO drill after his name and the picture of Mustafa Kemal Atatürk were used in an "enemy chart" during the drill.