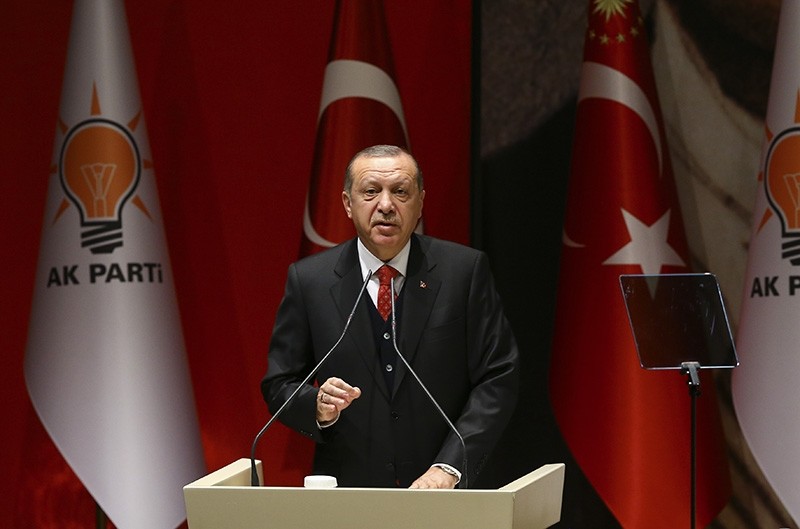 Turkey will withdraw its 40 troops from a planned NATO drill after President Recep Tayyip Erdoğan's name and the picture of Turkish Republic's founder Mustafa Kemal Atatürk were used in an "enemy chart" the president said Friday. He also harshly criticized Western powers for supporting the PKK's Syrian offshoot Democratic Union Party (PYD) and its armed wing People's Protection Units (YPG) and threatening stability in the region through the use of terrorist groups.

"They used an enemy chart in Norway. In that chart, there was my name and [Mustafa Kemal] Atatürk's picture," Erdoğan said, speaking at Justice and Development Party's (AK Party) provincial chairpersons meeting.

The president said he was informed about the issue by Chief of General Staff Gen. Hulusi Akar and EU Affairs Minister Ömer Çelik.

"They told me that they are withdrawing our 40 soldiers from there [Norway]," Erdoğan said.

"I told them to do that immediately. There can be no alliance like that."

He noted that the U.S. did not keep most of its promises regarding the YPG/PYD terrorists in Syria and that Turkey does not want the same experience in Syria's Afrin.

"Syria's Afrin is significant for Turkey and we need to clean PYD terrorists off the area" Erdoğan said.

The president also noted that the Idlib operation in Syria is going as planned and that serious progress has been achieved as a result of cooperation between Turkey, Iran and Russia.

"Daesh is a group armed by those who claim to fight against the terror group" Erdoğan said, adding that whoever created the ruthless terrorist group has also created the PYD, and the same powers encouraged the Kurdistan Regional Government (KRG) in northern Iraq to declare independence.

He referred to the evacuation of Daesh terrorists from Raqqa, saying that the terrorist group was established to redesign the region.