First hearing in Zarrab case postponed, expected to be held on Dec. 4 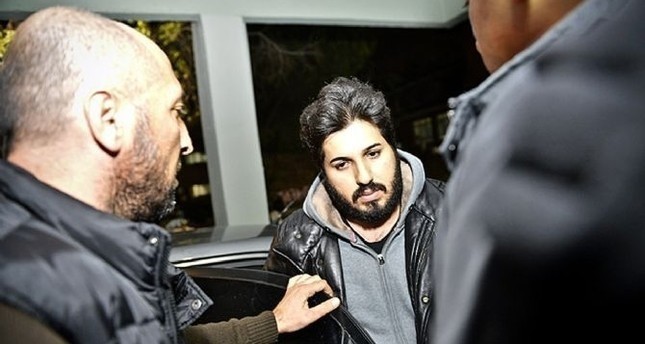 The first hearing in the trial against Turkish-Iranian gold trader Reza Zarrab has been rescheduled to December 4 from November 27 after a judge postponed jury selection in the trial on Monday.

The postponement came after Zarrab, an international gold trader who had been trying to broker a diplomatic solution to the case, was a no-show the same day.

However, the judge overseeing the case announced later in the day that once the jury is selected the court will immediately proceed to openings and witness testimony, which could mean that the delay will be for only a couple of days.

The case against Zarrab, who is accused of evading U.S. sanctions on Iran has strained relations between the U.S. and Turkey, both members of the NATO military alliance. On Monday, the government there depicted the trial as a conspiracy, with Turkish Deputy Prime Minister Bekir Bozdağ describing Zarrab as a "hostage" who was being forced to testify against Turkey.

But Zarrab wasn't in court early Monday, and had not participated in pre-trial activities for weeks. Zarrab's criminal lawyer, Benjamin Brafman, declined to comment this month on anything related to his client.

Lawyers for deputy CEO of Halkbank, Mehmet Hakan Atilla, were in Manhattan federal court Monday for the start of jury selection. But U.S. District Judge Richard Berman held a locked-door session with lawyers for about an hour before calling reporters inside to say the case was postponed for a week. He didn't say why, and lawyers didn't comment outside court.

Adding to the mystery, the U.S. Bureau of Prisons began reporting on its website that Zarrab had been released from custody on Nov. 8.

Prosecutors said he was still "in federal custody," but wouldn't say where. Judge Berman declined to answer questions about his status.

The prosecution was little noticed by Americans when it began, but was a major development in Turkey.

U.S. prosecutors have charged Zarrab and his alleged co-conspirators of handling hundreds of millions of dollars for Iran's government and Iranian entities from 2010 to 2015, in a scheme to evade U.S. sanctions.

Among the charged are also former Economy Minister Zafer Çağlayan—who is also the former general manager of state-owned Halkbank—Süleyman Aslan, and two others for conspiring to evade U.S. sanctions on Iran.

The indictment broadens the case targeting Zarrab over the sanctions evasion, fueling tensions between the U.S. and Turkey. Halkbank Deputy General Manager Mehmet Hakan Atilla was also arrested while in the U.S. in March 2017. If convicted, Zarrab and Atilla face prison terms up to 30 years.

Turkey argues that the case has been turned into a political move against Ankara. President Erdoğan on Sept. 8 slammed the U.S. administration for filing charges against Çağlayan, calling the decision a political step taken against the Turkish state.

Previously a report in Turkey's Akşam newspaper said that a suspect linked to the Gülenist Terror Group (FETÖ)i M.T. assisted police chiefs tied to the terror group in handing over documents regarding the 2013 police operations to Bharara while he was conducting the investigation into Zarrab.