NATO chief officers should be investigated for the biggest scandal in its history, Deputy PM says 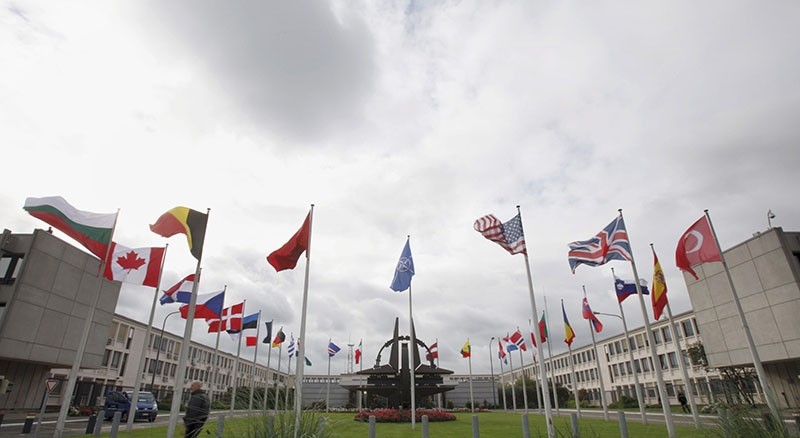 Deputy Prime Minister Bekir Bozdağ said Monday that though Turkey welcomes NATO's apology, the scandal in Norway should not be covered up and the military alliance should investigate its chief officers over the incident.

"The NATO drill scandal in Norway did not only target the founder of the Turkish Republic, Mustafa Kemal Atatürk, and President Recep Tayyip Erdoğan, it was an act of disrespect against the whole nation," Bozdağ said, adding that it was one of the biggest scandals in NATO's history.

Earlier Friday, Turkey withdrew its troops from the Trident Javelin exercise in Norway after President Recep Tayyip Erdoğan and Mustafa Kemal Atatürk were depicted as "enemies."

A Norwegian was removed from the exercise following the incident while NATO Secretary-General Jens Stoltenberg and Norwegian Defense Minister Frank Bakke-Jensen also apologized to Turkey.

Turkey's EU Affairs Minister Ömer Çelik also called for an investigation on Sunday of the NATO chain of command involved in the drill.

Speaking at the 9th annual Halifax International Security Forum in Canada, Çelik said the commander under whom the Norwegian civilian worked must also be investigated.

He added that NATO, an alliance that aims to ensure the security of its member states, should first ensure security at its drills.

"Turkey would continue to monitor the investigation of the incident and would want NATO to ensure such incidents did not take place again," he said.

He added that the incident was similar to methods used by the Gülenist Terror Group (FETÖ), which orchestrated a deadly coup attempt in Turkey last year as part of a long-running attempt to overthrow the Turkish government.

"They [FETÖ] are using all their assets to harm Turkey, to create negative developments in the country. This was very similar to methods they use," he said.

Meanwhile, media reports claimed that the NATO military exercise scandal was revealed by a Turkish major.

The Turkish language daily, Habertürk reported that during the exercise, Maj. Ebru Nilhan Bozkurt, who was the first women to serve in Turkey's tactical command but was implicated in a trial for years by FETÖ elements, noticed that the enemy forces were communicating with an account under the name of President Recep Tayyip Erdoğan.

The messages portrayed President Erdoğan as an enemy arms dealer. In addition, Atatürk was also depicted as an enemy.

Another account was also opened under the name of Donald Trump during the same military exercise but it was portrayed to be among the allies. Bozkurt brought the incident to her commanders' attention.