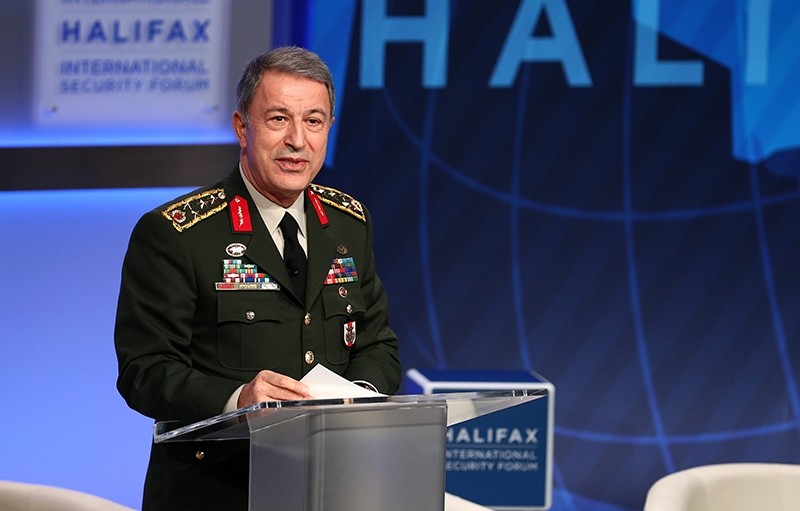 Chief of General Staff Hulusi Akar headed to Russia's Black Sea resort of Sochi to attend a trilateral meeting with his Iranian and Russian counterparts Tuesday.

According to a military statement, Akar will meet with Russian counterpart Valery Gerasimov and Iran's Muhammed Bakiri to discuss regional developments and the Syrian crisis.

Russian President Vladimir Putin had a meeting with Syria's Bashar Assad on the same day and discussed the political process in the war-torn country.

On Wednesday, President Recep Tayyip Erdoğan will also travel to Sochi to attend a trilateral summit on Syria.

Erdoğan was in Russia on Nov. 13 to discuss the Astana process and his visit Wednesday will mark the sixth time he meets his Russian counterpart.