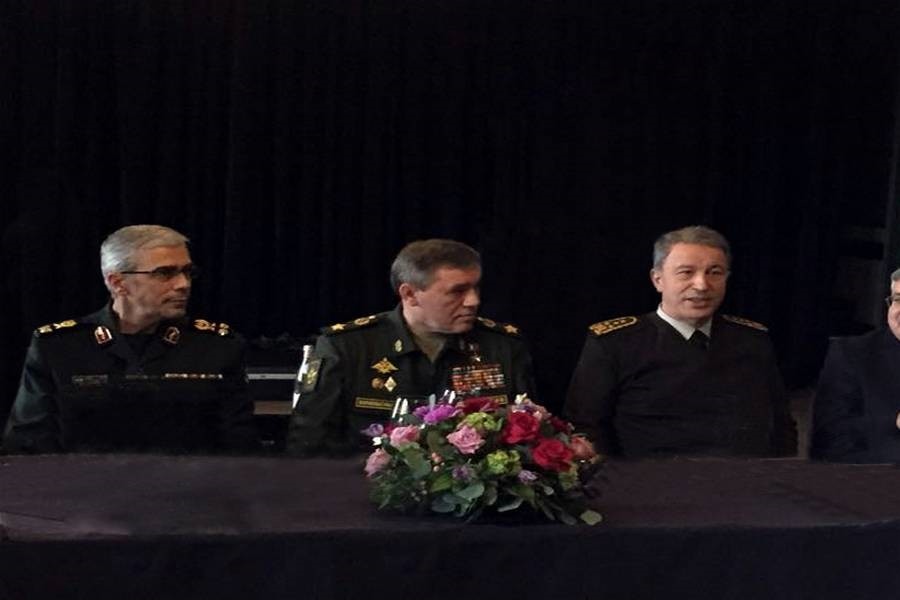 Turkish chief of staff Hulusi Akar met with his Russian and Iranian counterparts in Russia's Sochi late Tuesday ahead of a trilateral summit scheduled on Wednesday between the presidents of Iran, Russia and Turkey.

Akar headed to Russia's Black Sea resort of Sochi to attend a trilateral meeting earlier in the same day.

Russian President Vladimir Putin had a meeting with Syria's Bashar Assad also on the same day and discussed the political settlement process in the war-torn country.

On Wednesday, President Recep Tayyip Erdoğan will also travel to Sochi to attend a trilateral summit on Syria.

The leaders will discuss the progress on reducing violence in Syria and de-escalation zones, which were established after the Astana talks.

They will also handle the delivery of humanitarian aid to Syria and possible contributions to the Geneva process toward a political solution in the country under U.N. Security Council Resolution 2254.

The resolution adopted in December 2015 endorsed a road map for the peace process in Syria.

Erdoğan was in Russia on Nov. 13 to discuss the Astana process and his visit Wednesday will mark the sixth time he meets his Russian counterpart.