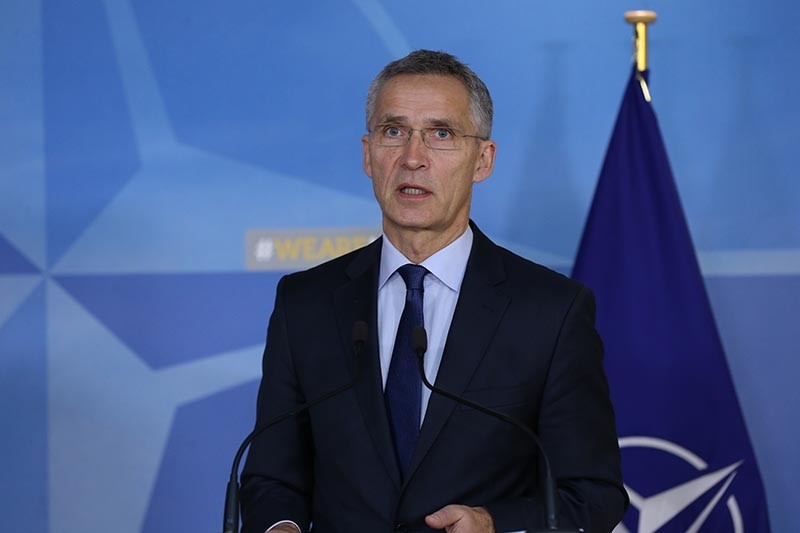 NATO Secretary-General Jens Stoltenberg reiterated that the bloc has reassured Turkey that the recent incident will not be repeated and that Turkey is a significant ally.

Speaking at a news conference on Thursday, Stoltenberg said that NATO officials continue to investigate the incident involving a chart listing President Recep Tayyip Erdoğan and the Turkish Republic's founder Mustafa Kemal Atatürk as "enemies" during a NATO drill exercise in Norway.

He also noted that he has spoken with President Erdoğan and apologized about the incident. He added that NATO has taken immediate action against those responsible for the unfortunate incident.

"I am also looking for procedures to ensure that such an incident does not happen again" Stoltenberg said.

The NATO chief highlighted the importance of Turkey's partnership, saying that the bloc values the country's contributions.

"Turkey contributes to the fight against terrorism on the Iraqi and Syrian borders through various means and is also an important ally in our activities on the Black Sea coast near the Russian border" Stoltenberg added.

Turkey withdrew its 40 troops from a planned NATO drill after Erdoğan's name and the picture of Turkish Republic's founder Mustafa Kemal Atatürk were used in an "enemy chart" during the drill.

The Turkish Armed Forces announced later on that both a verbal and a written apology was received regarding the incidents, confirming that two NATO personnel were dismissed.