Turkey expects US to stop cooperating with PYD/YPG in Syria, PM says 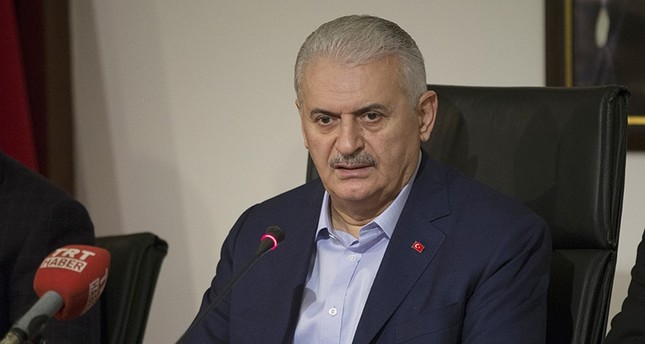 In a news conference held ahead of his two-day official visit to the U.K., Yıldırım commented on U.S. President Donald Trump's pledge to President Recep Tayyip Erdoğan on ending the supply of arms to the PYD/YPG terrorists in Syria.

"Since the very beginning, we have said that it is wrong for the U.S. to partner with PKK's cousin PYD/YPG in the fight against Daesh terrorist group," Yıldırım said.

He added: "Our friend and ally [the U.S.] told us every time that it was not an option rather an obligation. Since Daesh is now eliminated then this obligation has disappeared."

Yıldırım urged the U.S. to "immediately" end the partnership with PKK/PYD and return to cooperate with its "real allies."

While recognizing the PKK as a terrorist group, the U.S. has treated the PYD/YPG as an ally in its anti-Daesh efforts.

Yıldırım is expected to discuss regional matters concerning Syria and Iraq with U.K. counterpart Theresa May.

"We will discuss the outcome of Sochi meeting," Yıldırım said.

He will also meet business people and media representatives in the U.K.

He said trade volume between Turkey and the U.K. will be discussed ahead of Brexit.

British voters opted to leave the EU in a referendum over a year ago and Brexit negotiations are supposed to be finalized in March 2019.