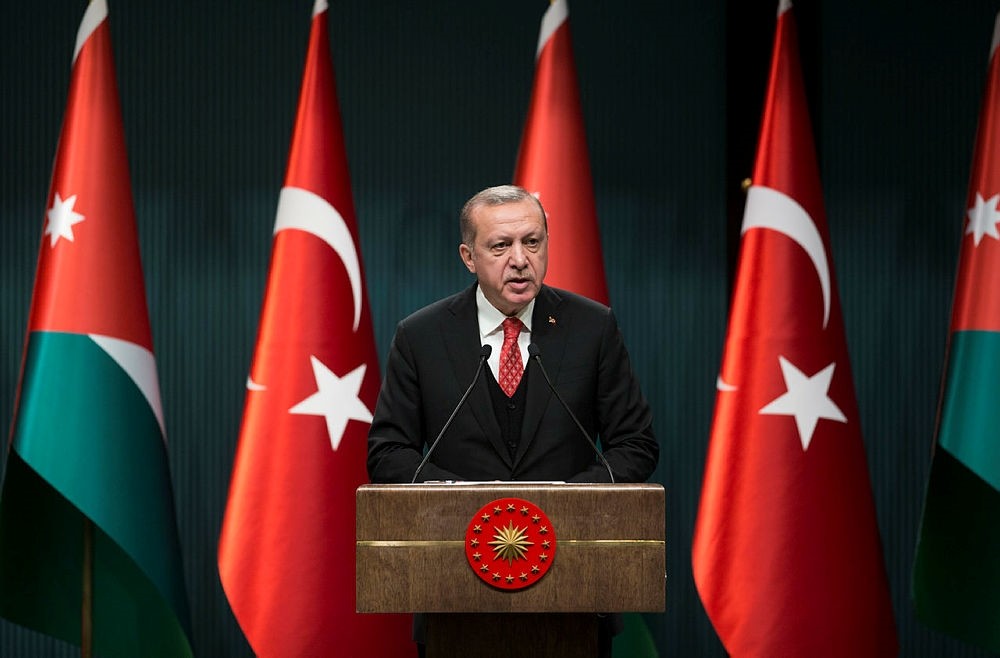 The sources said the leaders emphasized the decision would negatively affect peace and stability in the Middle East.

Erdoğan pointed out that there would be no lasting peace in the Middle East unless an independent and sovereign Palestinian state, with Eastern Jerusalem as capital under the borders of 1967, is formed.

He also discussed the issue with the leaders of Iran, Saudi Arabia, Qatar, Malaysia, Tunisia and Sudan earlier in the day.

Speaking in a joint news conference with Jordanian King Abdullah earlier Wednesday, Erdoğan said that Turkey and Jordan shared the same views regarding the status of Jerusalem.

"The wrong step [expected] be taken regarding Jerusalem's status will be the cause of indignation in the Islamic world. It will [undermine] the foundation for peace and will light the wick of new works," Erdoğan said, adding that peace and security in the Middle East cannot be sacrificed for the sake of domestic politics.

The president reiterated that leaders of the members of the Organization of Islamic Cooperation (OIC) will meet in Istanbul on Dec. 13, urging the Islamic world to act as one regarding the Jerusalem issue.

Erdoğan also said no one had the right to play with the destiny of billions of people for personal ambitions.

"I want to make the following call to the whole world from here: any steps to change Jerusalem's legal status should be avoided. Such a step would only play into the hands of terrorist organizations," he said.

Erdoğan stressed that the U.S.' possible recognition of Jerusalem as the Israeli capital was not only against numerous U.N. resolutions, but also to the centuries-old multi-cultural character of the city.

The president held phone talks with Saudi King Salman and Qatari Emir Sheikh Tamim bin Hamad Al Thani later Wednesday, stressing the importance of displaying a common attitude regarding Jerusalem. Erdoğan added that the expected recognition of the city as the Israeli capital was extremely worrisome for peace and stability in the region.

As part of his election campaign, Trump pledged to relocate the country's embassy in Israel from Tel Aviv to Jerusalem. The recent move has been opposed by a number of world powers, including France, the U.K., EU, Turkey and the Arab League.