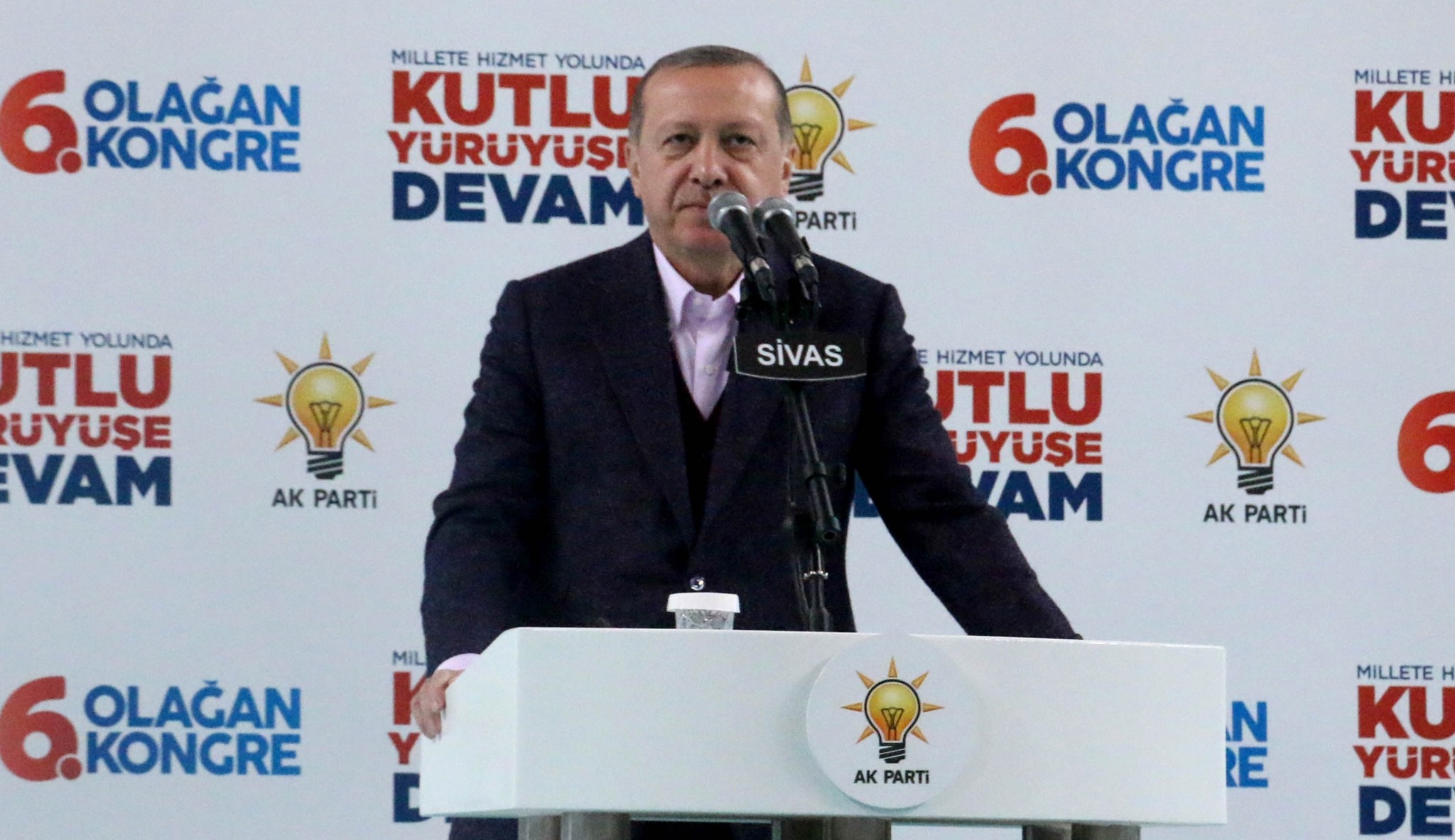 President Recep Tayyip Erdoğan on Sunday condemned the Israeli invasion of Palestine, accusing the country of expanding its borders through state-terror and occupation since 1947, and stressed that the U.S.-decision to recognize Jerusalem as Israeli capital was "null and void."

Speaking at a Justice and Development Party (AK Party) event in northeastern Turkey's Sivas, Erdoğan used a map of Palestine to point out Israeli encroachment from 1947 to 1967 and how its borders were gradually expanded to occupy Palestinian territories.

"Between 1947 and 1967 Palestine began to shrink. After 1967 Israel was much larger than any time before," the president pointed to the map, which also showed how the Palestinian territories were gradually disappearing.

"Palestine is the victim, the oppressed. Israel is a perfect invader state," Erdoğan said, adding that Tel Aviv has not honored any decisions made by the international community.

In a separate speech Sunday, Erdoğan called Israel a "terrorist state" and condemned the Israeli military forces who blindfolded a Palestinian teenager during the recent protests in Jerusalem. 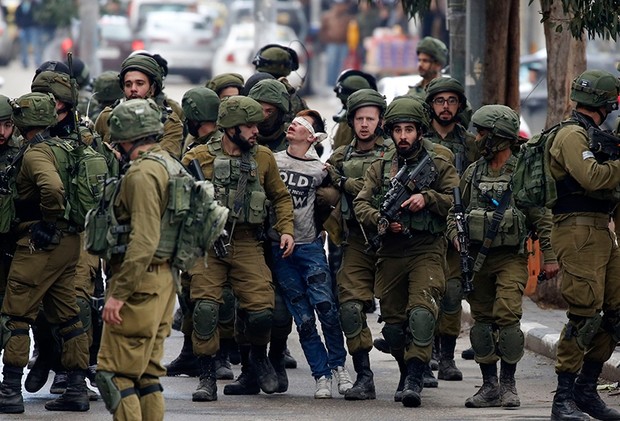 Earlier last week, U.S. President Donald Trump pledged to relocate the country's embassy in Israel from Tel Aviv to Jerusalem, a pledge he made during the election campaign.

The sensitivity of the Jerusalem site comes from the fact that it is to Jews known as the Temple Mount and to Muslims as Haram al-Sharif (Noble Sanctuary). The site includes the al-Aqsa Mosque, the third-holiest site in Islam, and the golden Dome of the Rock. It was also the site of an ancient Jewish temple, the holiest place in Judaism.

Jerusalem was first put under international sovereignty and control with the 1947 U.N. Partition Plan, which recommended the division of historical Palestine between Jewish and Arab states in order to end the conflict in the region. The U.N. opted for a special status, as Jerusalem is holy to Jews, Christians, and Muslims.

However, during the 1948 Arab-Israeli war, Israeli forces declared western Jerusalem part of their state, ignoring the U.N. recommendation.

Israeli authorities intentionally extended the law to bring Jerusalem directly under the country's jurisdiction, which was considered by many as a breach of international law. Israel then went on, passing the "Jerusalem Law" in 1980 to officially annex East Jerusalem.

This law was declared "null and void" by U.N. Resolution 478, which was immediately passed as a response to the Israeli move. Currently, the international community officially categorizes East Jerusalem among occupied territories.

Erdoğan reiterated Turkey's position on the White House-decision, saying, "Trump's declaration of Jerusalem as the capital of Israel is null and void for us."

"For us, declaring it as Israeli capital and relocating the embassy there has no validity," he said, adding that all diplomatic steps will be taken on the international stage to show that the unilateral decision cannot be accepted.

Erdoğan said Ankara's position was not based on identity; rather, it was based on whether a decision was just or unjust. He added that Turkey would stand up against an oppressor no matter who it was.

"In 1492, when the Jews were forced to migrate from Spain, it was us who opened the doors for them. In the 19th century when they were facing oppression in Russia, the Jews had sought refuge under the Ottomans," Erdoğan said. He quoted from the diaries of a German traveler who had said, "Whenever the Jews are expelled from a country, they seek refuge in Turkey."

Meanwhile, Turkey as the term president of the Organization of Islamic Cooperation (OIC), has called upon its member states to convene Wednesday.

The president said yesterday that it would draw up a roadmap for Muslim countries to follow as they opposed the U.S.-decision. He added that Turkey would oppose the plan within international law and through democratic principles.

The Arab League meeting, which brought together foreign ministers from member-states, took place as protests continued for three consecutive days in the West Bank and Gaza Strip.

The head of the Arab League, Secretary General Ahmed Aboul-Gheit, released a written statement after the group's emergency meeting, saying that Trump's move was "against international law and raises questions over American efforts to support peace" between Palestine and Israel.

The secretary-general said the "best practical reaction" to Trump's decision was to recognize the state of Palestine with its capital East Jerusalem.

The U.S.-recognition of Jerusalem as the "invaders' capital" will not change the status of Jerusalem, Aboul-Gheit said during the meeting attended by 18 member states.