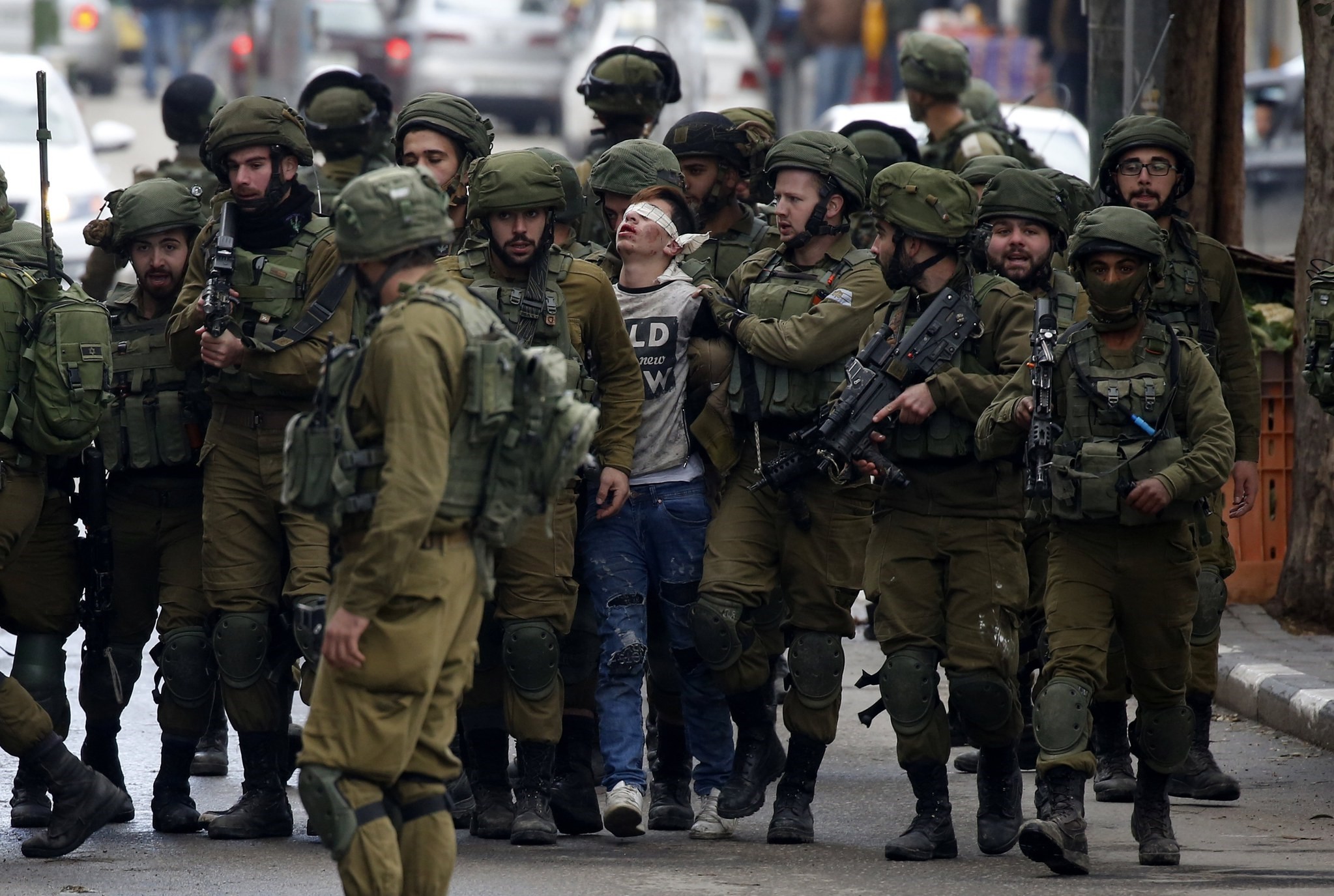 Israeli forces detain a Palestinian boy in protests against a decision by Trump to recognise Jerusalem as the capital of Israel, in the West Bank city Hebron, 07 December 2017. (EPA Photo)
by Daily Sabah Dec 10, 2017 12:00 am

The Turkish president's spokesman Ibrahim Kalın said Sunday that "Israel, as a country which ignores international law, has occupied Palestinian territory for hundreds of years and systematically violates United Nations resolutions, must first account for what they have done."

During an official visit to Paris, Benjamin Netanyahu called Erdoğan "a leader who bombs Kurdish villagers and supports terrorists," without elaborating on his accusations.

During his speech, Erdoğan held a picture of a 14-year-old Palestinian boy from Hebron, in the Occupied West Bank, being violently dragged away by Israeli soldiers.

Ties between the two countries were strained once again after U.S. President Donald Trump's decision to recognize Jerusalem as the Israeli capital.