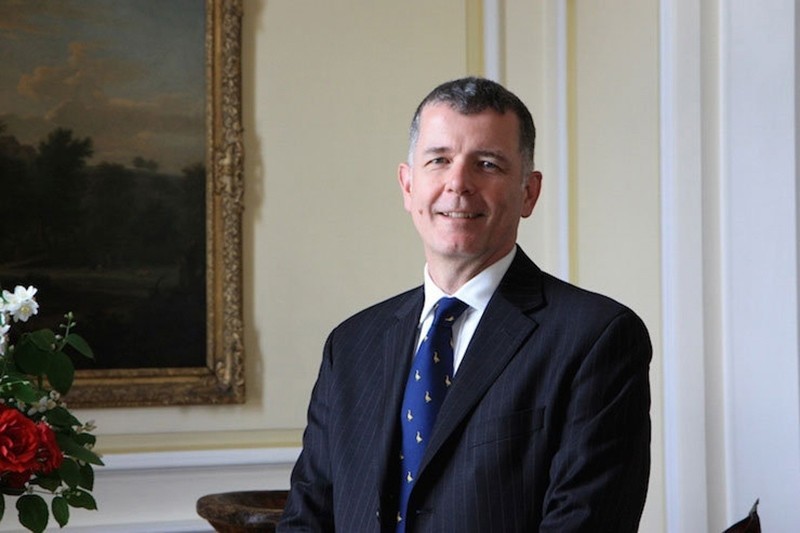 The U.K. Ambassador to Ankara Richard Moore bid farewell to Turkey on Tuesday sharing an emotional video on Twitter.

"And so I am coming to the end of my Turkish adventure," Moore said as he started the goodbye address in Turkish, titled 'My farewell message to beautiful Turkey.'

Moore recalled how he first came to Turkey in 1989 as a Turkish language student. In 1990, Moore and his wife Maggie brought their 6-year-old son and settled in capital Ankara. Two years later Moore's daughter was born in Istanbul.

He had been serving as British envoy to Ankara since January 2014. Stressing that he was sent to Turkey to further his country's interests, Moore added that he tried to show sympathy and understanding to Turkey.

"I love Turkey and Turks. You can be proud and picky. I wish so many of you didn't like conspiracy theories so much. But you are also fantastically warm and hospitable. And you are so resilient — these past four years have been really tough for Turkey. But you've come through it," Moore said.

The diplomat also expressed belief that Turkey will be a "successful country," adding that the U.K. will be its closest partner.

"Good luck, my beautiful Turkey. We will be back often to see you," Moore concluded.

When the video seemed to be ending Moore came back to the frame and screamed "Siyah!" which means "black" in Turkish. During his stay, Moore became a dedicated fan of Istanbul giants Beşiktaş, who are nicknamed "Black Eagles."