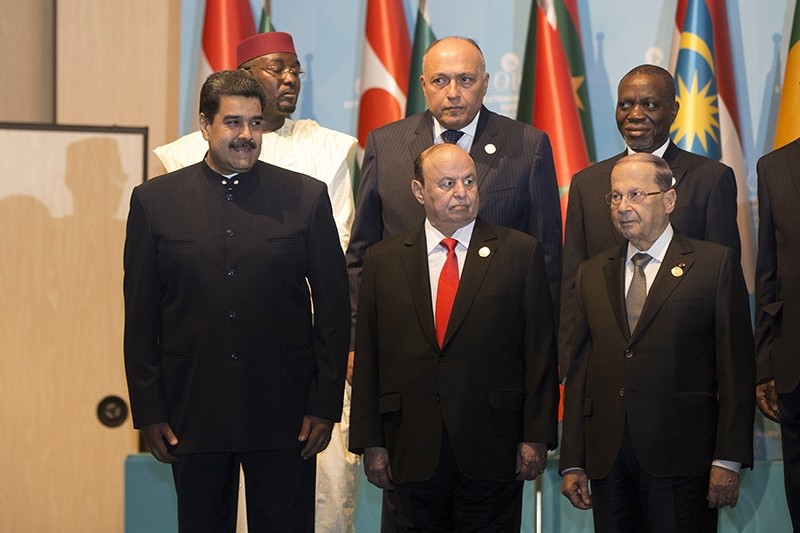 Venezuelan President Nicolas Maduro poses for photographs prior to the opening session of the Organisation of Islamic Cooperation (OIC) Extraordinary Summit on Jerusalem in Istanbul, Turkey, Dec. 13, 2017. (AA Photo)
by Daily Sabah Dec 13, 2017 12:00 am

Venezuelan President Nicolas Maduro was among surprising attendees at the extraordinary summit of the Organization of Islamic Cooperation (OIC) in Istanbul on Wednesday.

The summit was convened by President Recep Tayyip Erdoğan in response to U.S. President Donald Trump's recognition of Jerusalem as the capital of Israel.

Before leaving for the OIC meeting, Maduro said the aim of his trip was "to evaluate everything that has to do with the solidarity for the Arab people of Palestine" facing "aggression of the imperialist government," referring to the U.S.

Venezuela joined overwhelming majority of the countries in the world in rejecting Trump's decision on Jerusalem.

U.S. president's announcement Dec. 6 was met with widespread condemnation and sparked protests across the Muslim world, including Palestine, Lebanon, Turkey, and Indonesia.