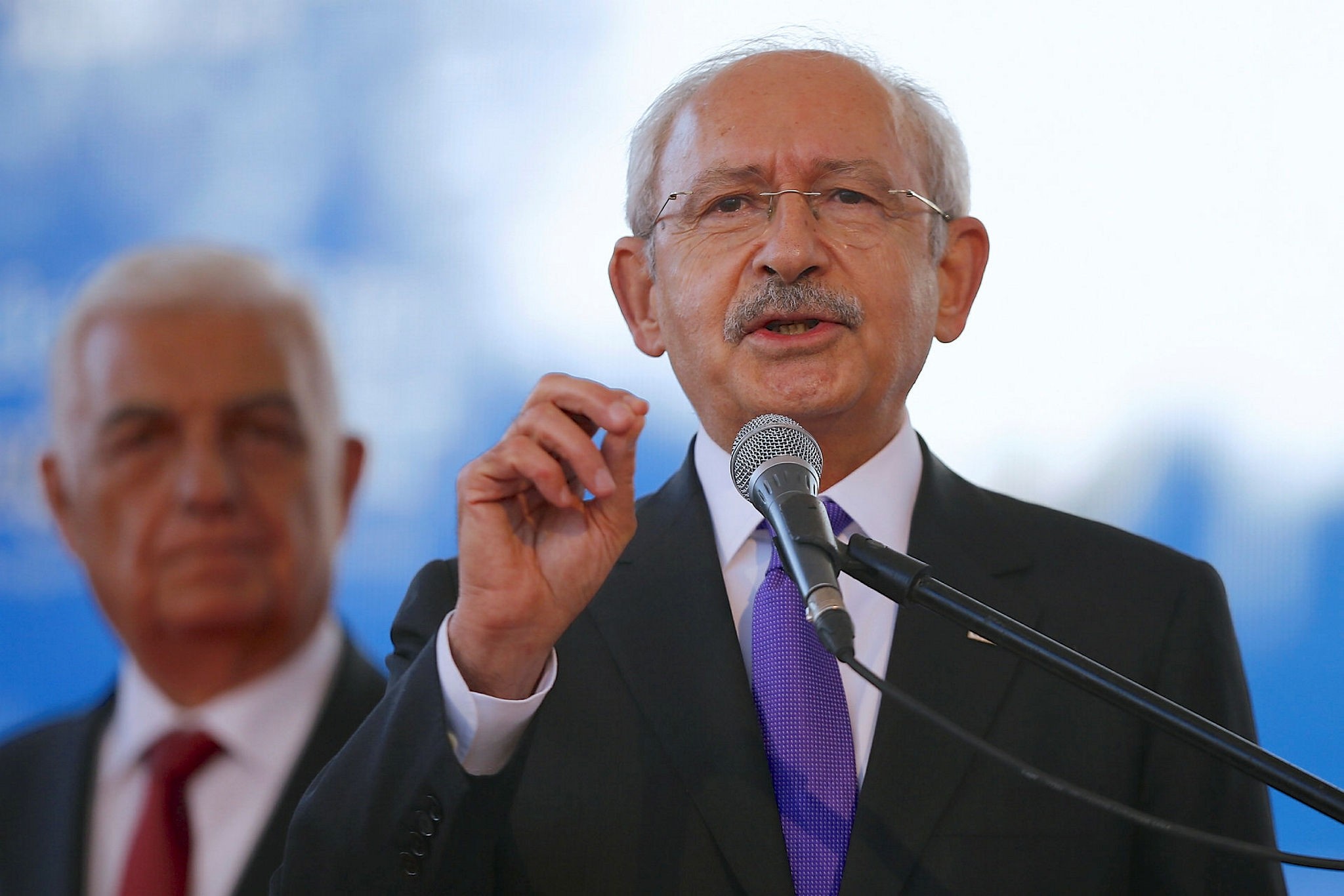 After Wednesday's historic recognition of East Jerusalem as Palestine's capital by all the members of Organisation of Islamic Conference's (OIC) at its extraordinary summit in Istanbul, Turkey has called on all countries to recognize the holy city as such.

Leader of CHP, Kemal Kılıçdaroğlu said that the decision of OIC is very important.

"I want the government to implement this decision and open an embassy in East Jerusalem," he said.

The embassy will be located in East Jerusalem after members of the Organization of Islamic Cooperation (OIC) declared the city the capital of Palestine, Foreign Minister Mevlüt Çavuşoğlu said Thursday.

"Recognition of the Palestinian state is in line with U.N. decisions. We will strive for recognition of East Jerusalem as Palestine's capital," Çavuşoğlu said.

Engin Altay, the CHP's parliamentary deputy group chairman, also said his party would support the move without any condition.

"Turkey should immediately, without wasting time, open its embassy to Palestine in East Jerusalem," he said while speaking to journalists in the parliament.

He called on the Arab world to be more sensitive on the Palestine issue. "The Arab countries failed to pass the exam in expressing solidarity with Palestine."

The OIC, which was established during a historic summit in Rabat, Morocco in 1969 following an arson attack on the Al-Aqsa Mosque in occupied Jerusalem, issued a declaration on Wednesday recognizing East Jerusalem as the capital of Palestine.

The announcement came on Wednesday following the emergency meeting of the bloc in Istanbul called by Turkish President Recep Tayyip Erdogan.

Altay said that the ruling and opposition parties are united when it comes to address national and regional issues.

The Consulate General of the Republic of Turkey in Jerusalem, opened in 1925 following the declaration of the Republic, has the privilege of being one of the oldest diplomatic missions abroad directly linked to the Ministry of Foreign Affairs.

After Israel declared Jerusalem as its "eternal and indivisible" capital in 1980, Turkey closed its Consulate General in Jerusalem as a sign of protest. Following the positive atmosphere created by the Madrid Peace Conference, the Consulate General resumed its activities in September 1992 and has remained open so far.

Last week, Trump announced his decision -- despite widespread opposition across the Middle East -- to formally recognize Jerusalem as Israel's capital and relocate Washington's embassy from Tel Aviv to Jerusalem.