Turkey will look out for Jerusalem just like for Istanbul or Ankara, deputy PM says 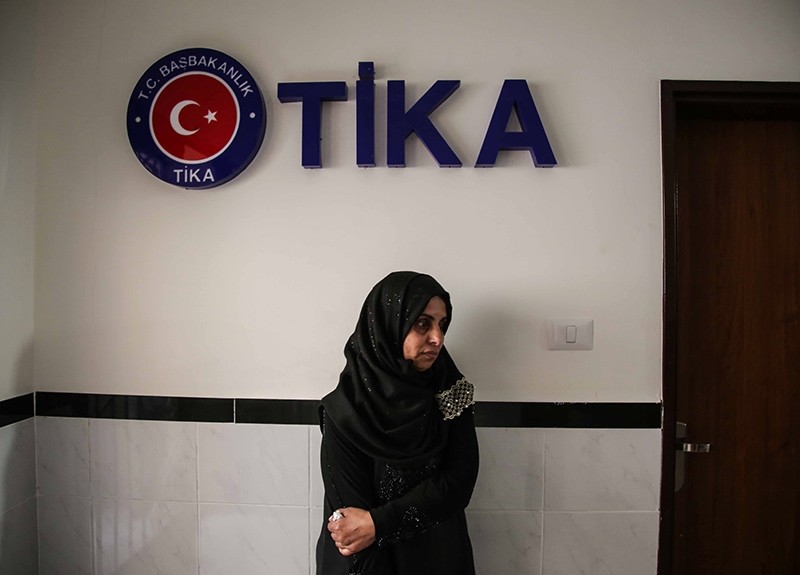 Deputy Prime Minister Hakan Çavuşoğlu reiterated Thursday that Turkey will not abandon Jerusalem in the wake of U.S. recognition of the city as the capital of Israel.

"As the President [Recep Tayyip Erdoğan] said, 'We shall not turn our backs to this blessed city, which has been the apple of Muslims' eye for centuries, and deny ourselves.' We will never deny ourselves. We will look out for Jerusalem just like we do it for Istanbul, Diyarbakır, Bursa, Ankara," Çavuşoğlu added.

Çavuşoğlu said that TIKA started working on opening an office in Israeli capital Tel Aviv, but was unable to finalize it, reminding of a local TIKA official Muhammad Murtaja, who remains under arrest since February 2017.

"A local TIKA official Israel is [currently] under arrest on false accusations. The history will definitely remember who served humanity and who served hostility," Çavuşoğlu said.

Murtaja was arrested at the Erez checkpoint between Gaza and Israel while traveling to Turkey to receive vocational training from TIKA.

Speaking at an event on Jerusalem at TIKA headquarters Wednesday, Çavuşoğlu said Turkey has carried out over 70 projects in East Jerusalem and the West Bank since 2005.

TIKA's 71 projects in East Jerusalem and the occupied West Bank include the restoration of the Dome of the Rock, also known as Qubbat al-Sakhrah, which is inside the Al-Aqsa mosque complex, the Al-Quds University 400-student female dormitory project, and restarting the Nabi Musa (Tomb of Moses) celebrations which were ended by Israel's 1967 invasion of East Jerusalem.

"This year, the Turkish Directorate General of Foundations managed to deliver 10,000 tons of humanitarian aid and food to Gaza. The handover of 320 houses that were built in Gaza was also completed last week," Çavuşoğlu added.