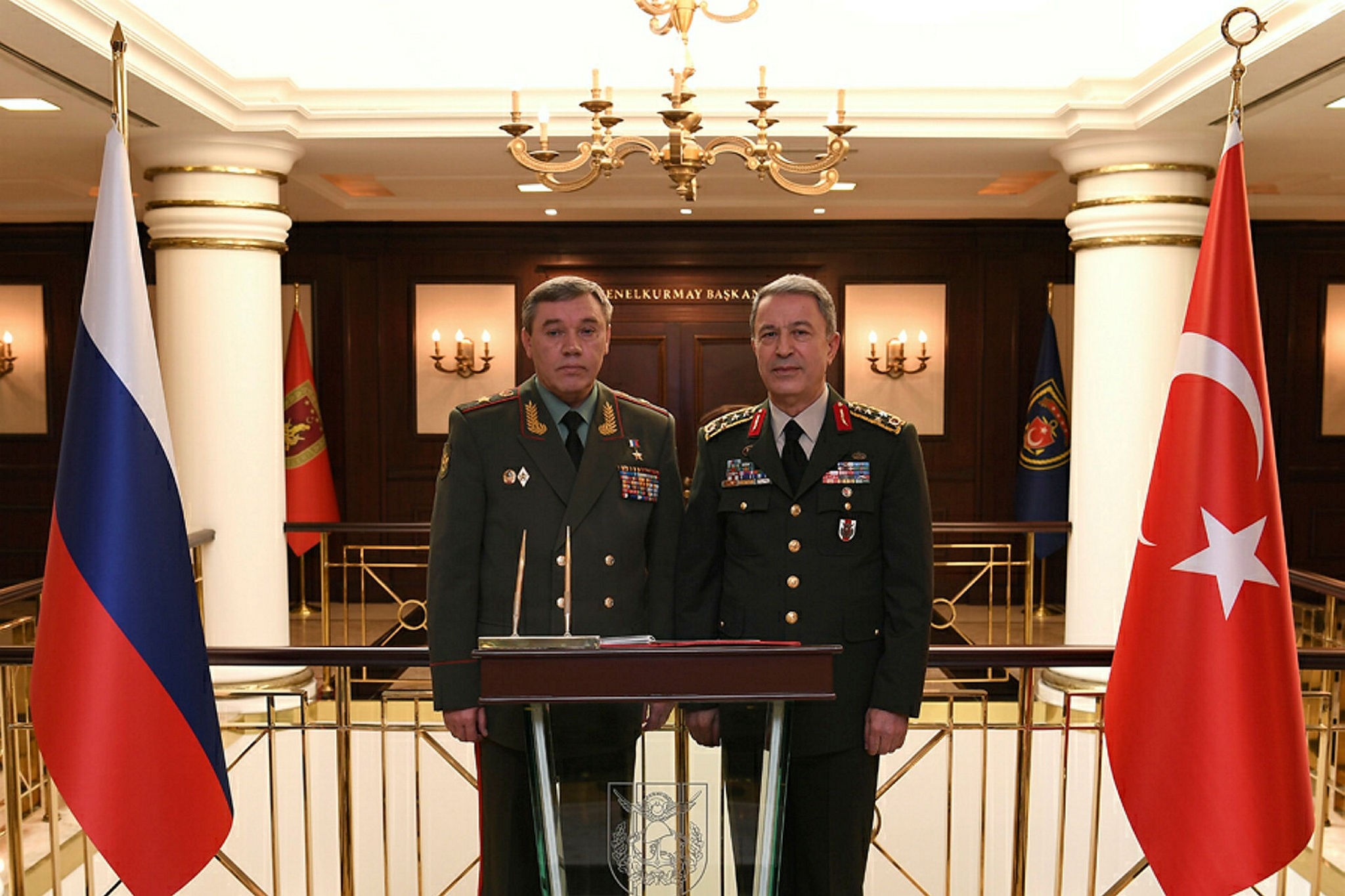 Chief of General Staff Hulusi Akar held a meeting with his Russian counterpart Valery Gerasimov on Friday in Ankara.

The generals discussed the situation in Iraq and Syria, the fight against terrorist groups and the S-400 missile defense system Turkey has approved to buy from Russia in their meeting, the president's office said.

Earlier this week President Recep Tayyip Erdoğan said during a joint press conference with Russian President Vladimir Putin in Ankara that the purchase of the S-400 defense system from Russia will be finalized this week.

The S-400 is Russia's most advanced long-range anti-aircraft missile system and can carry three types of missiles capable of destroying targets, including ballistic and cruise missiles.

The system can track and engage up to 300 targets at a time and has an altitude ceiling of 27 kilometers.