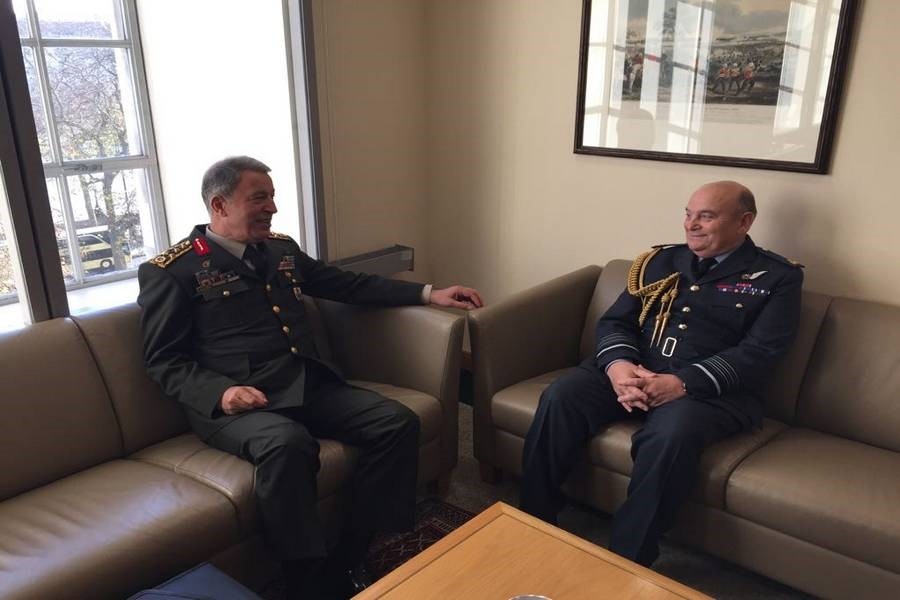 Akar's trip was part of an official invitation from Peach, and the two "discussed military cooperation and exchanged ideas on regional developments," the Turkish Armed Forces said.

The Turkish military chief later had a meeting with Abdurrahman Bilgiç, the Turkish Ambassador to London.

In January, the U.K. and Turkey signed a framework contract to design new fighter jets for Turkey as a step to take bilateral cooperation in defense to a further stage.

The agreement between Turkey's TAI and the British company BAE Systems will see the companies collaborating on the pre-design phase of Turkey's new fighter jet, the TFX.

The prototype for the warplane is expected to be finalized by 2023.