US seeks to buy other countries' wills with its dollars, Erdoğan says ahead of UN vote on Jerusalem 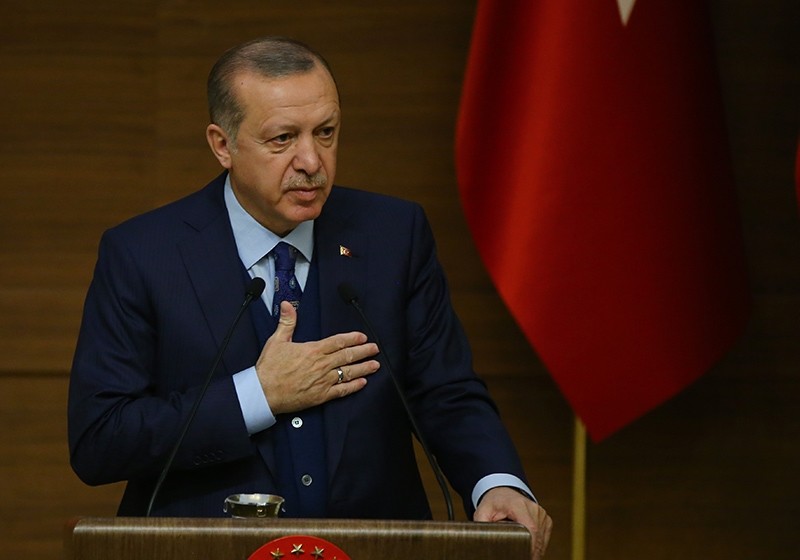 Ankara has strongly condemned the U.S.'s aggressive diplomacy of threats and undemocratic attitude toward allies, saying that the "will of the people cannot be bought with dollars."

President Recep Tayyip Erdoğan criticized the U.S. Thursday, saying that Turkey's decision on the issue is clear and no country should sell its will for a few dollars.

"The center of democracy is looking to buy wills in the world with dollars. Mr. Trump, you cannot buy the will of Turkey with dollars. Our decision is clear. I'm calling on the entire world, do not sell your will in your struggle for democracy for a few dollars," Erdoğan said.

"The U.S. has been isolated in the voting session of the United Nations Security Council and has come to a point to threaten the members who voted against the decision to recognize Jerusalem as the capital of Israel," Prime Minister Binali Yıldırım said Thursday, referring to U.S. President Donald Trump's threats.

Yıldırım further said each country is sovereign and will make independent decisions. He said that being strong does not necessarily mean that one is right, and if one is right, then they are strong. "The unjust governing in the world system will eventually be fixed with Turkey's leadership," he added.

Deputy Prime Minister Bekir Bozdağ also slammed Trump's threats yesterday, citing Trump's statement in a tweet that he would cut aid over the U.N. resolution vote that denounces his decision to recognize Jerusalem as Israel's capital.

"With this statement, U.S. President Trump's threat to countries that vote against the U.S. on Jerusalem is not acceptable. The U.S. must know that it cannot direct all sovereign countries with pressure and threats as it wants. Tomorrow's vote is an opportunity for this," Bozdağ posted on his Twitter account.

He added that no sovereign and independent state would surrender to the U.S. president's threats and pressure.

"Turkey will maintain its principled and just stance, and will once again protect the Palestinian cause and the status of Jerusalem with the vote it will cast tomorrow," he said.

"Turkey and the Turkish nation do not change decisions with threats or pressure," he said.

Justice and Development Party (AK Party) spokesman Mahir Ünal also criticized the U.S. position on his Twitter account, saying that the U.S. is the partner of Israel in its unlawful actions and being strong is not enough to be right.

"Justice is not a notion that can be obtained or eradicated through blackmail," Ünal said.