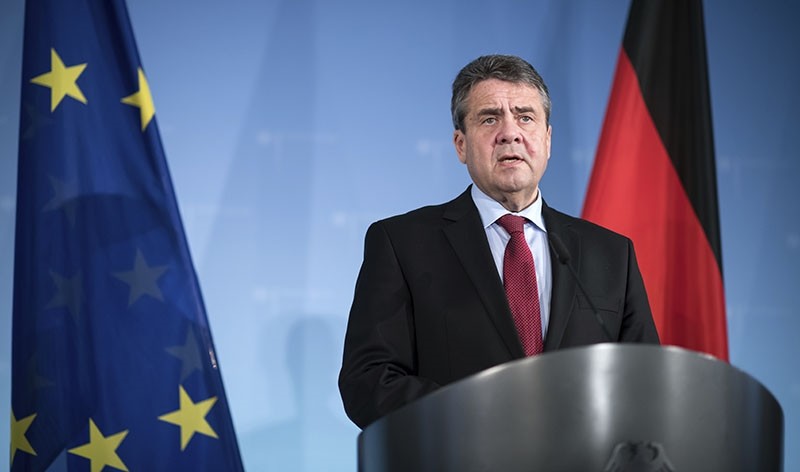 German Foreign Minister Sigmar Gabriel said the decision to release a sixth German citizen from jail in Turkey on Thursday gave hope that relations between the two NATO allies could improve after plumbing new lows following a failed coup in 2016.

55-year-old Britsch, who left Germany in Nov. 2016 to go to Jerusalem on foot, arrived in Turkey in Feb. 2017. He then arrived near the border with Syria, which is heavily monitored amid the ongoing civil war, terrorist attacks and refugee influx. After coming across with security checks, Britsch was finally arrested in April and transferred to a detention center in eastern province of Erzurum, where illegal migrants and foreign militant suspects are held.

The decision to allow pilgrim David Britsch to return to Germany follows the release earlier this week of German journalist Meşale Tolu after nearly eight months in prison. Tolu is being charged with membership to and propaganda for the outlawed Marxist-Leninist Communist Party (MLKP) group.

"Decisions such as these give hope that we can rebuild trust step by step and relax the bilateral relationship," Gabriel said in a statement released late on Thursday.

Gabriel said he had agreed with his Turkish counterpart Mevlüt Çavuşoğlu to continue talks given the "difficult issues" that still had to be resolved. Germany is home to some 3 million people of Turkish heritage.

"Following recent rulings in Turkey, six persons have now been released from prisons or allowed to leave," Gabriel said.

"And in the case of the imprisoned journalist Deniz Yücel, the Turkish judiciary has at least made the conditions for detention easier. The next urgent step here is the presentation of an indictment."

The releases come two weeks after German federal prosecutors dropped an investigation against a dozen Muslim clerics who were suspected of spying in Germany on behalf of the Turkish government.

Tolu was charged with being a member of a terrorist organization and publishing terrorist propaganda following the July 2016 coup. She was released on the condition that she does not leave the country.

German politicians have been outspoken critics of Turkey's security crackdown since the coup, which saw of thousands of Turkish nationals jailed over links with the Gülenist Terror Group (FETÖ), including around a dozen German nationals in probe targeting various terror groups.