Deal with Turkey over island not a threat to Arab nations, Sudan says 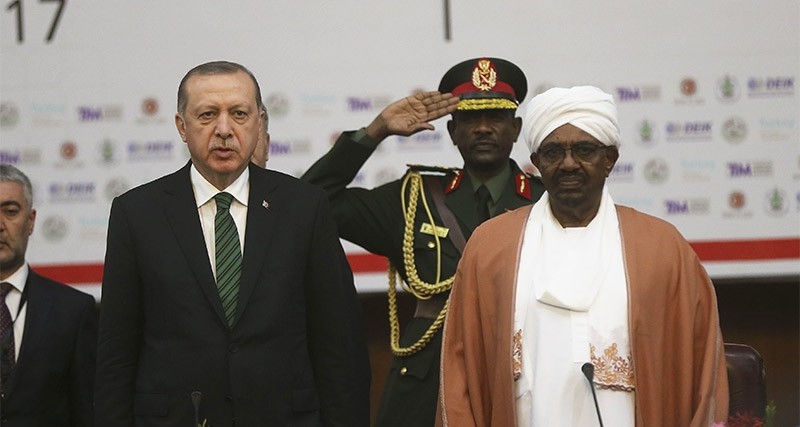 Sudan said late Wednesday that a recent deal with Turkey does not harm the security of Arab countries.

The Sudanese embassy in Riyadh released a written statement about the agreements signed during Turkish President Recep Tayyip Erdoğan's two-day visit to Sudan this week.

During Erdoğan's visit, a number of bilateral agreements were signed between the two countries to strengthen ties in such fields as science, technology, industry, agricultural production, forestry, education, tourism, trade, and the economy.

Sudan also agreed to hand over Suakin Island temporarily to Turkey for rebuilding.

Suakin, one of the oldest seaports in Africa, was used by African Muslims who set out for pilgrimage to the holy city of Mecca in Saudi Arabia.

Riyadh embassy press officer Al-Mutez Ahmed Ibrahim denied the claims by Okaz paper, saying those claims were an insult to the Sudanese authority and its right to develop ties with other countries.

"Suakin belongs to Sudan, nowhere else," he said.

The officer also said his country had peaceful relations with other nations without harming Arab security.

Ghandour, underlined his country's keenness to maintain Red Sea security, stressing Sudan's readiness to cooperate with different states of the region in this regard.

While the government has publicly remained silent, the media seized on a visit this week to Sudan by Turkey's president, a meeting between the chiefs of staff of Sudan, Turkey and Qatar and renewed efforts by Khartoum to revive a border dispute with Egypt.

The new low in relations deepens simmering tensions between Egypt and both Ethiopia and Sudan over the likely impact of a massive dam being built by Addis Abba on Egypt's vital share of Nile River waters.

Regarding the rumors that Turkey plans to build a military port in the island, President Erdoğan has said Wednesday that his country is not constructing a naval base on Sudan's Red Sea coast, saying Turkey plans to restore Ottoman-era ruins in the area and tourism related projects.