Erdoğan urges US, Israel to not 'escalate tensions' amid Trump's Jerusalem move 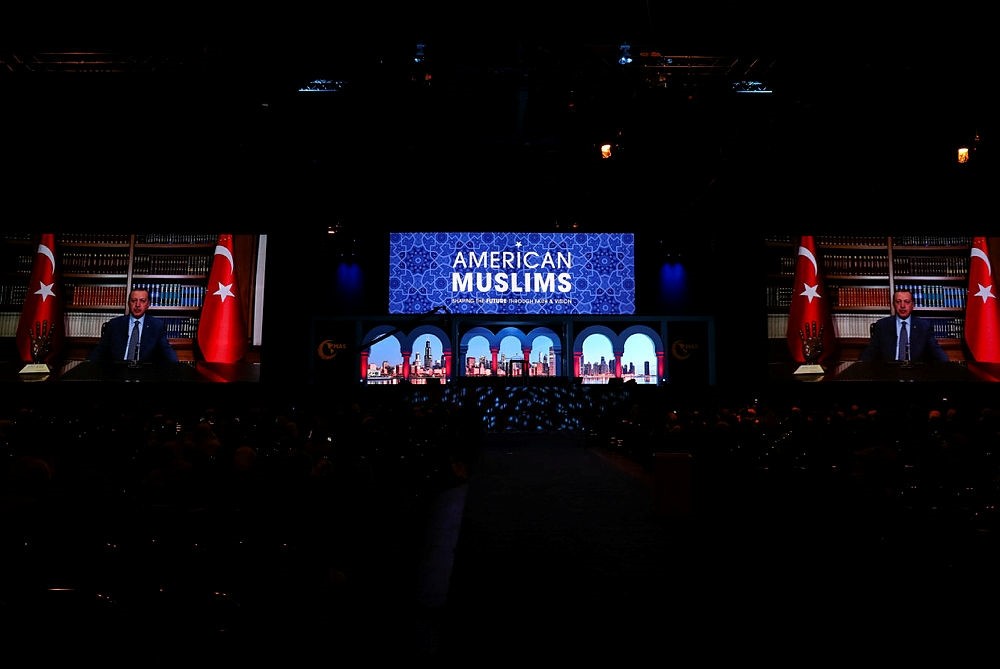 President Recep Tayyip Erdoğan on Saturday urged the U.S. and Israeli governments to "not take steps that will escalate the tensions."

The Turkish president's remarks were broadcasted as a video message during the 16th Islamic Circle of North America-Muslim American Society Convention in Chicago, Illinois — one of the largest Muslim gatherings in North America.

Erdoğan drew attention to the global conflicts and turbulences. He called on the Muslim world to "understand its real strength."

"It is time the Muslim world understands its real strength. We must not allow anyone to divide us based on ethnic, sectarian or cultural differences," he added.

He said: "Global politics, economics and diplomatic turbulences are taking place in much of the Muslim world. While we try to find solutions to the Muslim world we are also faced with new problems especially in the rise of tragedies across certain regions. On one side we have Muslims extending across from Syria, Iraq, Yemen and Somalia battling with conflict, terror, famine and poverty while at the same time these countries also have to struggle against the rise of Islamophobia and cultural discrimination ascending in Western countries."

Citing the "discriminatory politics" used as a "tool" for votes, Erdoğan asserted that "What is even worse about this picture is the kind of indifference that is being shown. Many Western politicians and members of the media in fact play ostrich when it comes to discriminatory trends and hate crimes against minorities."

He further called on American Muslims who are "politically, socially and civil society wise empowered" to support Turkey's struggle in drawing attention to the "attempts that aim to create inner conflict and destruction of societal peace all within the context of a double standard."

Regarding the recent U.N. resolution against U.S. President Donald Trump's decision to recognize Jerusalem as the capital of Israel, Erdoğan said: "The victory we gained on the issue of Jerusalem is an indicator of the many things we can achieve together through solidarity...This victory at the same time demonstrates to the world that there are values that cannot be bought with money. The blackmailing and threats prior to the voting have been futile."

"In the sight of 128 countries the whole world claimed to support the protection of Jerusalem's historical status and holiness. It is especially true that everyone must draw a lesson from the vote on Jerusalem. We are inviting the American and Israeli governments to not take steps that will escalate the tension. It is because Jerusalem is too precious to become a sacrifice for our own interests."

He once more asserted that Jerusalem is the "red line of all Muslims," and called on Muslims to "not allow anyone to divide us based on ethnic, sectarian or cultural differences."