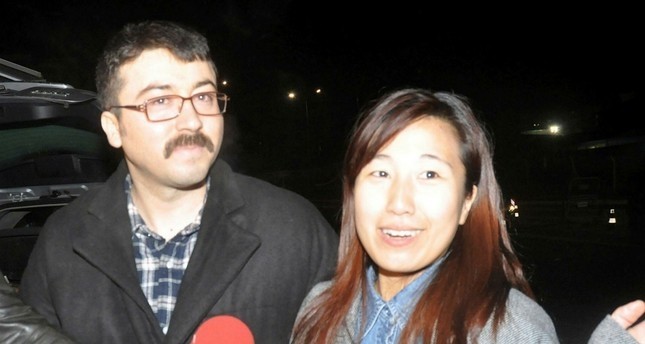 An Istanbul criminal court issued an arrest warrant in absentia on Thursday for fugitive former deputy police chief and FETÖ suspect Hüseyin Korkmaz, who testified in the Halkbank executive Mehmet Hakan Atilla case, and prepared a extradition request to be sent to the U.S. for the suspect.

Korkmaz, fled Turkey in September 2016, despite having been ordered not to leave the country by the court, admitted in a U.S. court that he stole documents related to an investigation and round up of scores of FETÖ suspects in Turkey in late 2013.

A jury in New York found Atilla guilty on five counts late Wednesday in the Iran sanctions evasion case in the U.S., while he was acquitted on money laundering charges.

Korkmaz said in his testimony that he met with U.S. prosecutors more than 40 times during the preparations to be a witness in the case against Halkbank Deputy CEO Mehmet Hakan Atilla, who is charged with evading U.S. sanctions on Iran. The FETÖ suspect said the meetings "lasted some days for two hours, sometimes four hours and sometimes longer."

Earlier, Adam Klasfeld, a reporter for Courthouse News, said Korkmaz testified in the trial in New York that the FBI gave him $50,000 of "financial assistance," which he said he had not asked for. Korkmaz, who said he has not been employed in the U.S., also received "help with his rent" from the prosecutor's office, according to his testimony.

"I took my wife and my daughter and I left the country that I dearly love," Korkmaz testified. He said he eventually came to the United States with the help of U.S. law enforcement authorities, bringing with him audio recordings and other evidence he sneaked out from Turkey.