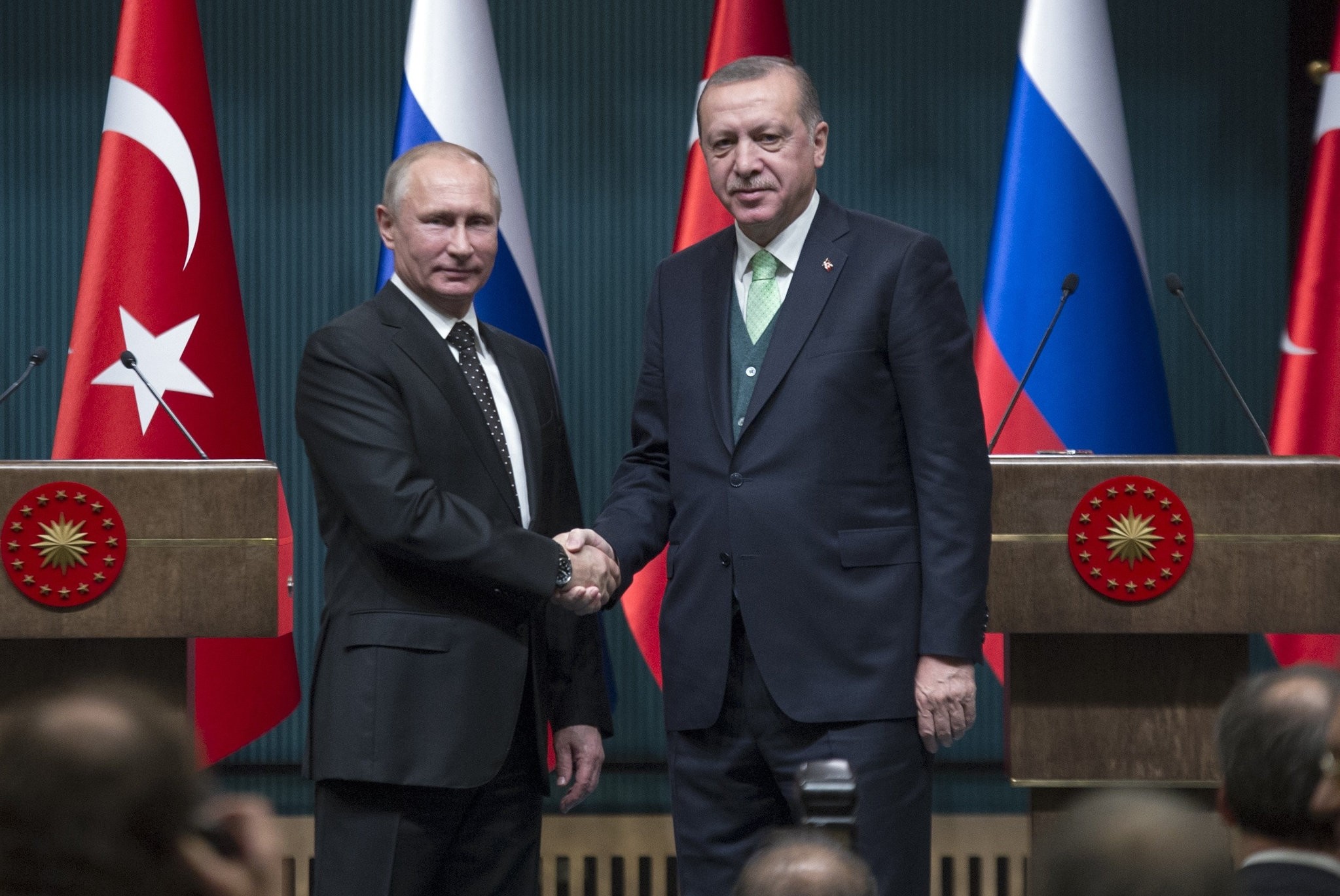 Russian President Vladimir Putin told his Turkish counterpart that he knows which "provocateur" was behind a drone attack which targeted Russian military bases in Syria earlier this month.

During the phone call initiated by Putin, the Russian president stated that Turkey had nothing to do with the drone attack on military targets in Syria.

The Russian Ministry of Defense said Wednesday that the drones that attacked Russian air and naval bases in Syria last week were launched from positions held by "moderate opposition."

Some 13 armed drones were involved in attacks on Russia's Hemeimeem air base and Tartus naval base in western Syria. Russian defense ministry reported no casualties or damages after the attacks.

Foreign Minister Mevlüt Çavuşoğlu, on the other hand, called upon Iran and Russia to stop Assad regime violations against the moderate opposition forces in Idlib, saying that they the two states had to realize their duties as guarantor states.

In September, the three countries agreed to jointly monitor a fourth safe zone around Idlib province as part of the tripartite plan to ease the Syrian conflict that has claimed hundreds of thousands of lives.