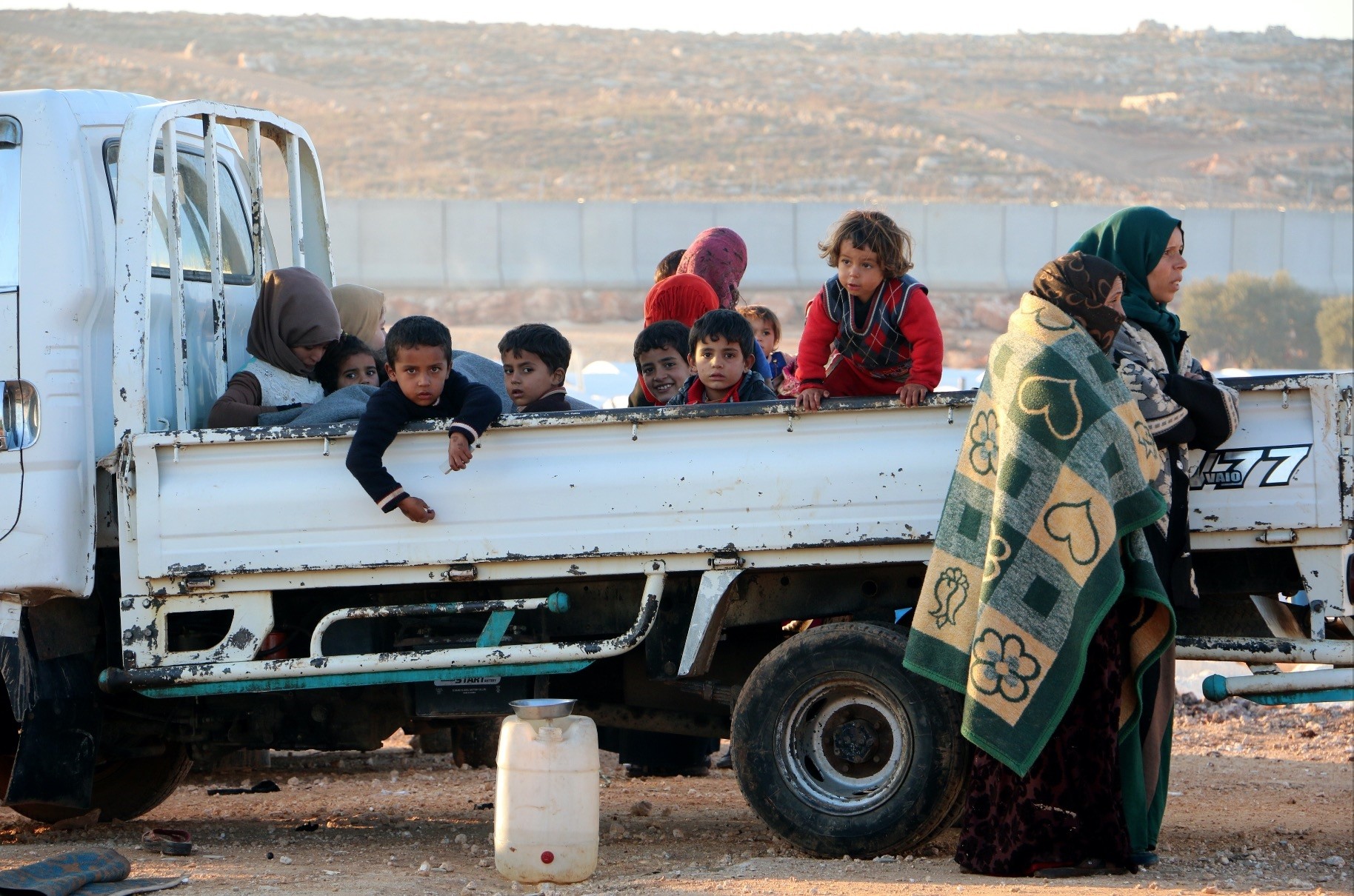 A recent Moscow-backed military offensive by Syrian regime forces in Idlib, prior to the Syrian National Dialogue Congress, has triggered a new refugee flow and poses a grave threat to the tripartite agreement between Turkey, Iran and Russia that established de-escalation zones to find a permanent solution to the Syrian civil war

The de-escalation agreement in Syria's northwestern Idlib province is in jeopardy due to heavy attacks by Syrian regime forces on civilian areas in the city and the Russian Defense Ministry's claims of alleged Turkish assistance in drone attacks on Russian bases in Syria. Syrian regime forces backed by Russian forces launched an offensive in late December in Idlib prior to the Syrian National Dialogue Congress planned for the end of this month in Sochi, Russia. While the civilian death toll has increased, reports of massive numbers of civilians in the war-torn city preparing to flee and relocate due to heavy airstrikes in civilian areas with barrel bombs has raised great concern in Ankara.

So far, nearly 100,000 people have been displaced since early December, according to United Nations figures. Oubai Shahbandar, a Middle East affairs specialist, told Daily Sabah that Russia is trying to aid the regime in gaining as much area as possible to strengthen its hand at the Syrian National Congress. "As a guarantor state, Russia has to stop the violence and push for a cease-fire. But for political reasons, it probably won't do it until the Sochi congress," he said.

Turkey and Russia, together with Iran, are the guarantor countries that brokered a ceasefire in Syria in December 2016, at the Astana talks, which run parallel to the U.N.-backed discussions in Geneva to find a political solution to the six-year war. In September, the three countries agreed to jointly monitor a fourth safe zone around Idlib province as part of the tripartite plan to ease the Syrian conflict that has claimed hundreds of thousands of lives.Prime Minister Binali Yıldırım said on Friday that the Idlib offensive will spark a new migration wave and would only damage the peace process in Syria. He called on Russia and Iran to warn Syrian authorities over the attacks.Earlier this week, Foreign Minister Mevlüt Çavuşoğlu also called on Iran and Russia to stop the Syrian regime from violating the ceasefire by attacking moderate opposition forces in Idlib, saying that the two states had to realize their duties as guarantors.In addition to the developments in Idlib, a Russian Defense Ministry statement that accused Turkey for a recent attack on Russian bases in Syria has also stirred up controversy.

Last week, some 13 armed drones were involved in attacks on Russia's Khmeimim air base and Tartus naval base in western Syria. It was the second attack targeting the Russian bases, which came after the first one that destroyed at least four Su-24 bombers, two Su-35S fighters, an An-72 transport plane and an ammunition depot on Dec. 31, 2017, the Kommersant newspaper reported.

An article in Krasnaya Zvezda, the official newspaper of the Russian Defense Ministry, said that after the second attack, Moscow had sent a warning letter to the head of Turkey's National Intelligence Organization (MİT), Hakan Fidan, and Chief of General Staff Gen. Hulusi Akar on Jan. 6 regarding the attack.

"Our military experts took over control and downed three of the 13 drones attacking the Russian base. It is revealed after inspection of the drones that they were flown from the town of Muazzara in the Idlib region. Turkey needs to ensure the security of the place in line with the agreement on de-escalation zones. A warning was issued to Turkish Chief of General Staff Gen. Hulusi Akar and National Security Organization head Hakan Fidan to do their duties of providing security in the region," the letter said.

Russian President Vladimir Putin said on Thursday that "they know who is behind" the attack that "aimed to disrupt Russian's relations with Turkey and Iran," contradicting with the previous statement of the Defense Ministry.

In an interview with Komsomolskaya Pravda, Putin clarified the Russian Defense Ministry statement of alleged Turkish involvement in the drone attack. "There were provocateurs, but they were not Turks. We know who they are, we know who and how much they paid for this provocation," he said.

Putin added that the attack targeted Moscow's relations with Turkey and Iran, as well as "previously reached agreements."

He also conducted a phone call with President Recep Tayyip Erdoğan on Thursday regarding the latest developments on Idlib.

Shahbandar said it is not realistic to say that the Bashar Assad regime is carrying out the Idlib operation without full support from Russia, adding that Moscow has leverage over the regime to stop the offensive with a single call. "Just remember the military parade during Putin's visit to Khmeimim last December. While Putin posed with a lot of generals, Assad was not even allowed to walk with him. This shows who holds power in Syria," he said.

Footage showed that Assad was ordered to wait, while Putin walked off in front of him during a military parade on Dec. 11. A man in military clothing placed his hand on Assad's arm and urged him to stop walking as Putin advanced with his own officials.