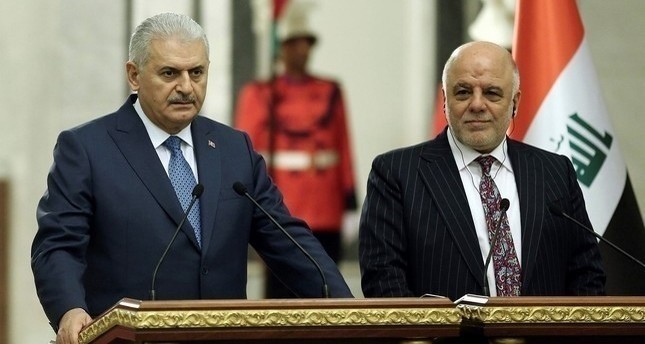 The two discussed bilateral relations between Turkey and Iraq as well as current developments in the region and emphasized the importance of cooperation in the fight against terror groups such as the PKK and Daesh.

Baghdad was also shaken by twin suicide bombings Monday, which killed 31 people and left more than 100 people wounded in Tayran Square. The bombing is the deadliest attack since Iraq declared victory over Daesh last month, and also the second such attack in three days.

On Sunday, the U.S.-led international coalition against Daesh announced that it would establish a 30,000-strong new border security force with the U.S.-backed Syrian Democratic Forces (SDF), largely controlled and manned by the People's Protection Units (YPG) - the offshoot of the PKK terrorist organization in Syria.

Turkey has long protested the U.S. support for the PKK/PYD/YPG terror group, while Washington has brushed off these criticisms, saying it needs the terror group's help to fight against Daesh in Syria.

The PKK, which is listed as a terrorist organization by Turkey, the U.S. and EU, has waged a terror campaign against Turkey for more than 30 years, leading to the deaths of more than 40,000 security forces and civilians -- including more than 1,200 since July 2015.