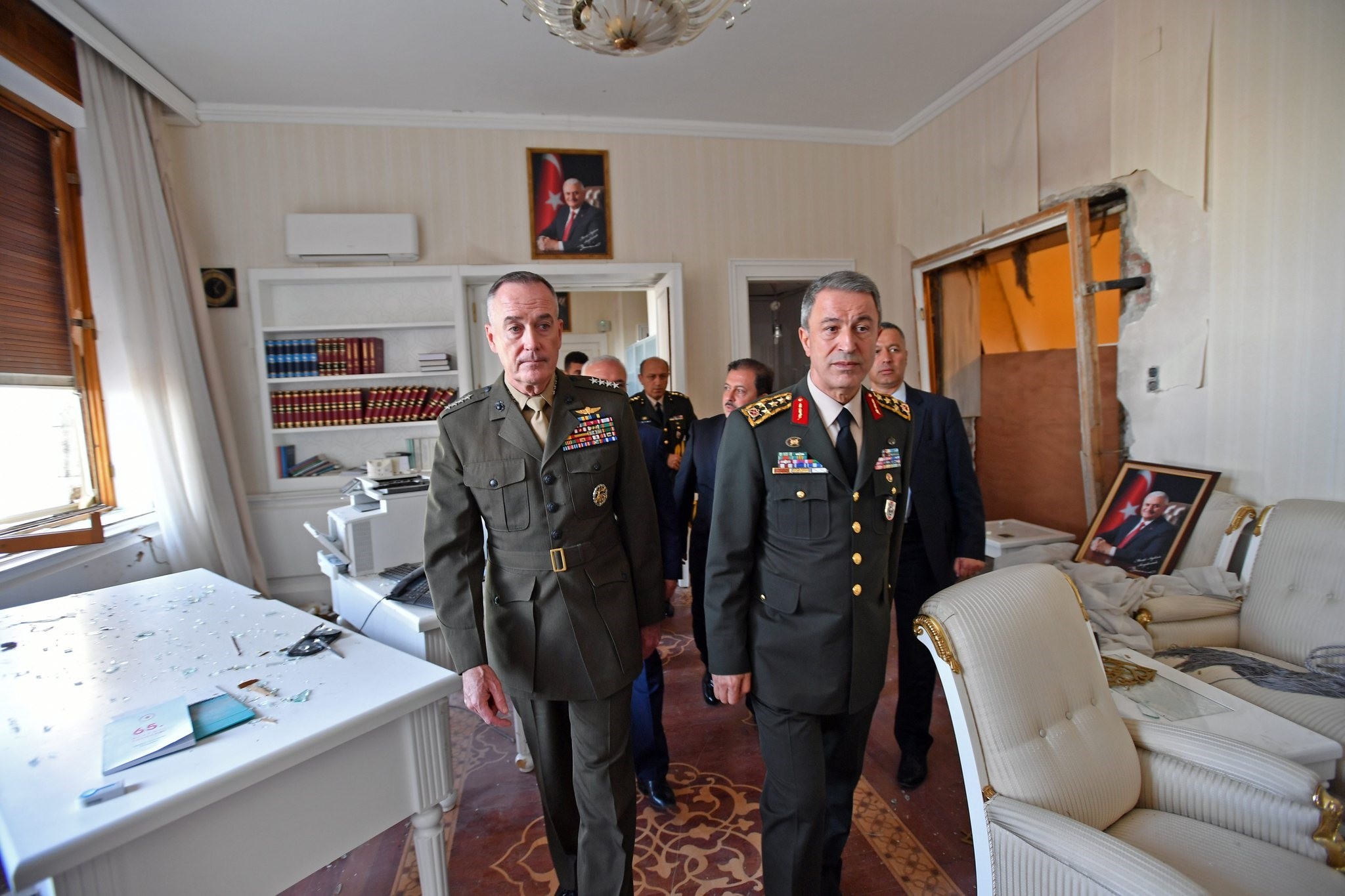 Turkey's Chief of General Staff Gen. Hulusi Akar arrived in Brussels on Monday for the NATO chiefs of defense meeting amid high tension between Turkey and the U.S. over a plan to form a YPG-led 'border army' in northern Syria.

Akar is expected to discuss the U.S.'s move to create an army of 30,000 fighters under the name "the Syrian Border Security Force", which will consist of the PKK-affiliated YPG [People's Protection Units] fighters, with the committee's members.

General Akar is also set to hold a bilateral meeting with the U.S. Joint Chiefs of Staff, Marine Corps Gen. Joseph Dunford, on the sidelines of the NATO meeting. The Turkish general is expected to warn the U.S. against legitimizing and solidifying terror group YPG.

According to the U.S-led coalition against Daesh's statement, about 15,000 of the fighters will be SDF veterans, and another 15,000 will be recruited and trained in the near future. Currently, 230 individuals are training in the inaugural class.

Turkey has strongly criticized the steps taken by the U.S. on the grounds that they pose threats against the national security of the country. Turkey has announced that it will act on its words and clear its borders of terrorists as President Recep Tayyip Erdoğan said yesterday that the Turkish military completed its preparations and will soon start an operation to clear northern Syria's Afrin and Manbij of terrorists.

"America has now confessed that it is forming a terrorist army along our borders. It is our duty to choke this terrorist army before it is born," Erdoğan said, before adding: "Trust in Turkey if we are your strategic allies. If soldiers are needed in Raqqa or Manbij, we can send one or two brigades. Act with Turkey. What you are doing is wrong; you'll disgrace yourselves in front of your strategic partner."