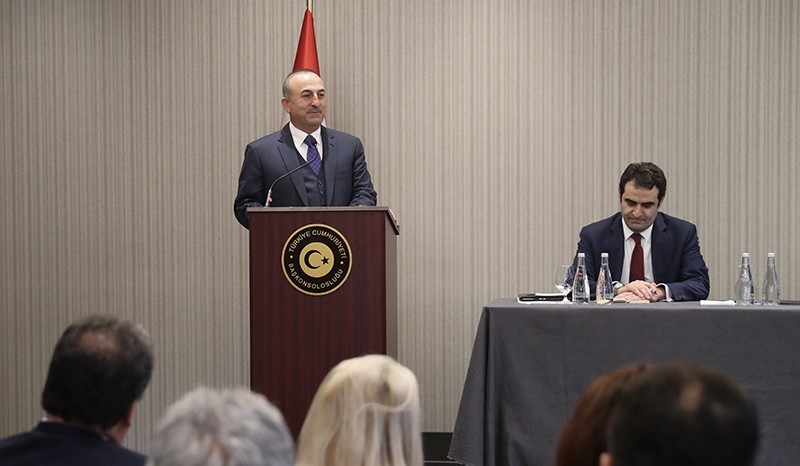 Turkey is a key player for achieving world peace and tolerance, the country's foreign minister said Monday at the inauguration ceremony of the Turkish Consulate General in Vancouver, Canada.

Referring to the regional crisis in the Middle East, Mevlüt Çavuşoğlu said Turkey had been doing its best to help preserve the territorial integrity of Iraq, Syria, Yemen and Libya.

"Turkey will continue to play a significant role for peace and prosperity around the world," he said.

Çavuşoğlu is currently in Canada to attend the Vancouver Foreign Ministers' Meeting on Security and Stability on the Korean Peninsula, which will demonstrate solidarity against the nuclear and missile threat from North Korea.

Among the countries attending are Australia, Belgium, France, Italy, Japan, Norway, Thailand and the United Kingdom.

Regarding bilateral relations between Canada and Turkey, Çavuşoğlu said the two countries were "good allies."

Pointing to the presence of the Gülenist Terror Group (FETÖ) in Canada, the minister called on Turkish citizens in the country to inform local authorities about the nature of the terrorist group.

FETÖ has been accused of being behind a long-running campaign to overthrow the state through the infiltration of Turkish institutions, particularly the military, police and judiciary.