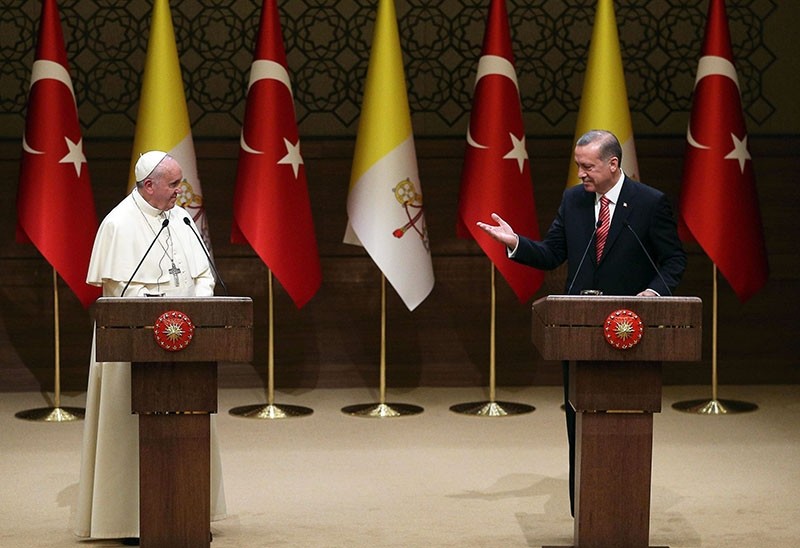 President Recep Tayyip Erdoğan will travel to the Vatican to hold a meeting with Pope Francis on Feb. 5, reports said Tuesday.

Accepting the invitation of the Pope, Erdoğan's talks in the Vatican will focus on the issue of Jerusalem's status.

Erdoğan's visit will mark the first time a Turkish president visits the Vatican at the presidential level, after 59 years.

Both Erdoğan and Pope had held phone conversations following the Jerusalem crisis, in which they highlighted the importance of protecting the holy city's status.

In 2014, Pope paid an official visit to Turkey, becoming the first head of state to be welcomed at the newly built presidential complex in Ankara.
Last Update: Jan 16, 2018 3:10 pm
RELATED TOPICS