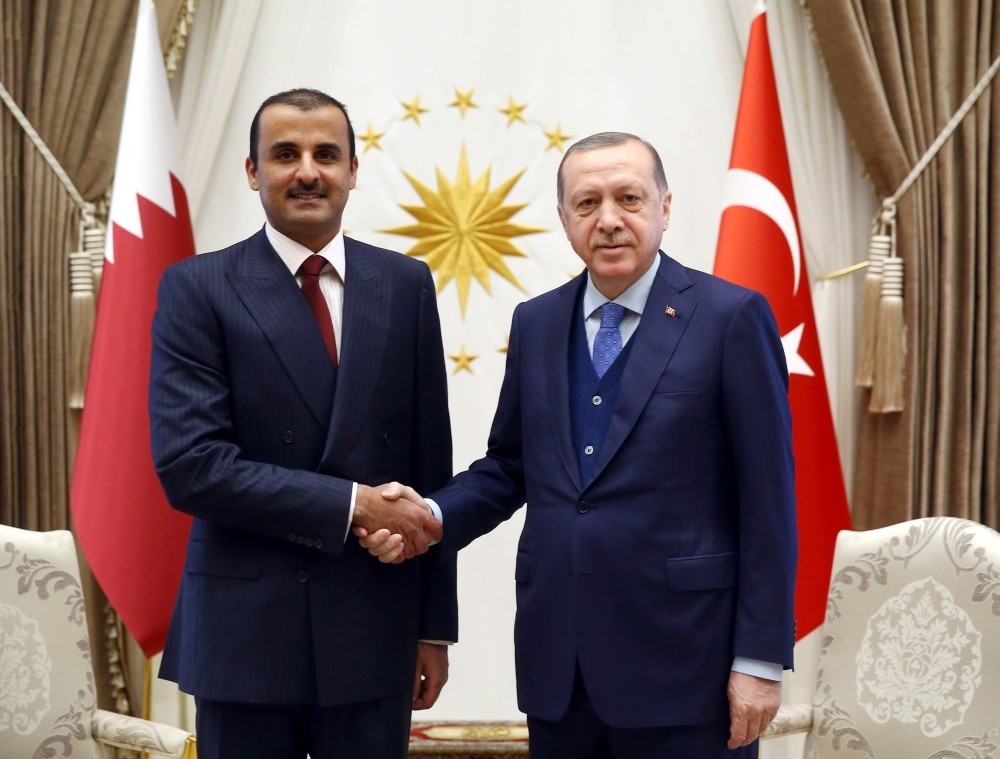 The visit came after Sheikh Abdullah, an exiled Qatari royal family member who was once promoted by Saudi Arabia amid its ongoing dispute with Doha, appeared in an online video Sunday claiming he was being held against his will in the UAE, an allegation an Abu Dhabi official denied.

The video of Sheikh Abdullah bin Ali al-Thani, a little-known royal family member until the boycott of Qatar by four Arab nations, offered new fuel to the months-long stalemated crisis.

"I am a guest of Sheikh Mohammed, but it is not hosting now, it is now imprisonment," Sheikh Abdullah said. "They told me not to leave and I am afraid something will happen to me and they blame Qatar."

"I just wanted to let you know that Qatar is innocent in this and I am being hosted by Sheikh Mohammed and anything that happens to me after this is under his responsibility," he added.

The UAE, one of four countries boycotting Qatar, denied the claim. Authorities pointed to a series of tweets by Ali Rashid al-Nuaimi, who heads Abu Dhabi's Hedayah counterterrorism center. Nuaimi said that Sheikh Abdullah had asked to move to the Emirates for his safety."A trusted source confirmed to me that Sheikh Abdullah bin Ali al-Thani is free to leave the UAE for any destination he chooses and he can leave whenever he likes," Nuaimi wrote on Twitter.

Sheikh Abdullah is one of several Qatari exiles to emerge amid the diplomatic crisis, which began on June 5 when Bahrain, Egypt, Saudi Arabia and the UAE cut off Doha's land, sea and air routes over its alleged support of extremists and close ties to Iran.

Meanwhile, there are claims that a civilian plane that belongs to the UAE was intercepted by Qatari war planes yesterday.

According to the UAE's official WAM news agency, the UAE's General Authority for Civilian Aviation (GCAA) released a statement saying that the plane that flying to Bahrain was intercepted by Qatari planes shortly after it took off.

It was further stated that this was an act that threatens the security of civil aviation and overlooks international law and agreements. Qatari officials meanwhile have denied the GCAA's assertions.

In a tweet, Lulwah Rashid, a spokesman for Qatar's Foreign Ministry, described allegations that Qatari military aircraft had intercepted a UAE civilian aircraft as groundless.

On Friday, Qatar sent a letter to the U.N. Secretariat and U.N. Security Council to report that a military cargo plane was violating its air space.

In early June, a group of Arab states led by Saudi Arabia abruptly severed diplomatic relations with Qatar and imposed a blockade on the tiny Gulf emirate, accusing it of supporting terrorism.

The Qatari government has denied the accusation, blasting the blockade as unjustified and a violation of international law.Amid the riff, Turkey has provided increased support to Qatar, boosting food and other imports to meet the country's shortages.

Turkey and Qatar's defense ties have also strengthened in recent years in line with the countries' political alliance. Turkey operates a military base in Qatar and Turkish troops are deployed to the Tariq bin Ziyad Base under an agreement signed in 2014.

In April 2016, the two countries concluded a military deal for Turkish troops to be deployed to a military base in the Gulf state. The first group arrived in Qatar last June and conducted their first drill at the base.

The base serves as a tool to develop Qatar's defense ability, fight terrorism and support military operations to protect international peace. Turkey and Qatar signed a new military deal in August 2017.

In addition to operating a military base in the country, Turkey also opened its largest defense investment in Qatar last month – a helicopter simulation center that will help the Gulf country train pilots.

At least 1,000 pilots will be trained annually at the center that was built by Turkish defense contractor HAVELSAN at al-Udaid. Turkey has already provided training for 55 Qatari military helicopter pilots in the past.

The project was signed on May 10, 2013, to meet the needs of AW 139 helicopter pilots and operators in the Qatari air force. The project moved to Qatar at the end of 2016. So far, 55 Qatari air force pilots have received extensive training and 40 engineers have served over the past three years in the $39 million project.