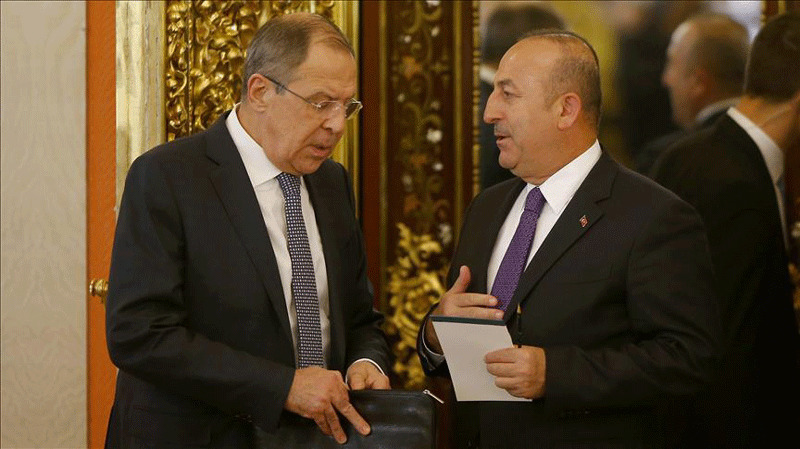 Foreign Minister Mevlüt Çavuşoğlu and his Russian counterpart Sergei Lavrov discussed the latest situation in Syria over the phone, a Turkish diplomatic source said on Wednesday.

Çavuşoğlu and Lavrov exchanged views on the developments in Syria, an upcoming conference on the war-torn country in Russia's coastal city of Sochi and also cease-fire violations by the Assad regime, the source, who spoke on condition of anonymity due to restrictions on talking to the media, said.

It added the phone call was arranged upon Lavrov's request.

Sochi is the designated venue of the Syrian National Dialogue Congress set for Jan. 29-30. The congress is expected to be attended by all sectors of Syrian society except for terror groups.