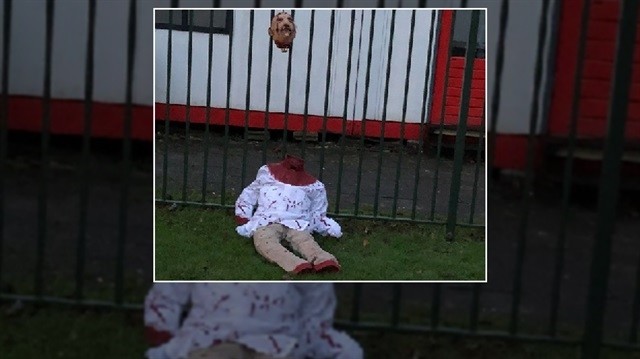 A decapitated doll was left in front of a mosque with an Islamophobic banner in the Dutch capital Amsterdam by a group of far-right extremists, head of the mosque said on Thursday.

The far-right 'Rechts in Verzet' movement claimed responsibility for the attack and hanged anti-Islam banners and headless model in front of the Emir Sultan Mosque in Amsterdam.

Speaking to Anadolu Agency, Kamber Şener, head of the mosque, condemned the incident and said there were many far-right extremists who tried to frighten Muslims.

Şener said they encountered such an incident for the first time and added an investigation into the incident has been launched.

The banners hanged outside the mosque read: "Islam must be stopped. We do not want a mosque tied to [Turkish President Recep Tayyip] Erdoğan in northern Amsterdam."