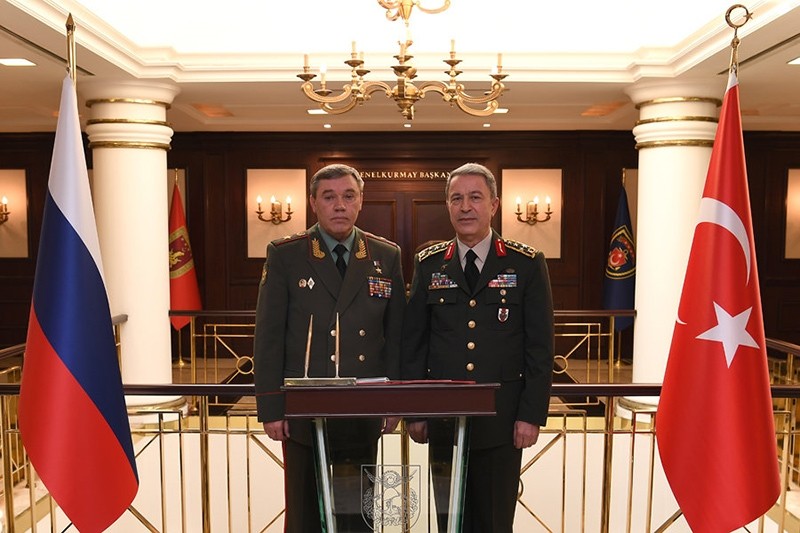 According to Shoigu's press secretary, the talks focused on the situation in the Middle East as well as "current topics of mutual interest."

The statement added that the meeting was "productive."

The Turkish officials were also scheduled to meet with Russian Chief of General Staff Gen. Valery Gerasimov, said the statement posted on the General Staff website.

The talks were expected to cover regional security matters, the latest developments in Syria, and the Astana and Geneva peace processes.

The meeting comes amid Turkey's preparations for a cross-border anti-terror operation in northern Syria's Afrin, which is currently held by the PKK terror group's affiliates the Democratic Union Party (PYD) and its armed-wing the People's Protection Units (YPG).

The Russian military is also believed to have a presence in Afrin which is expected to be discussed during the talks in Moscow.