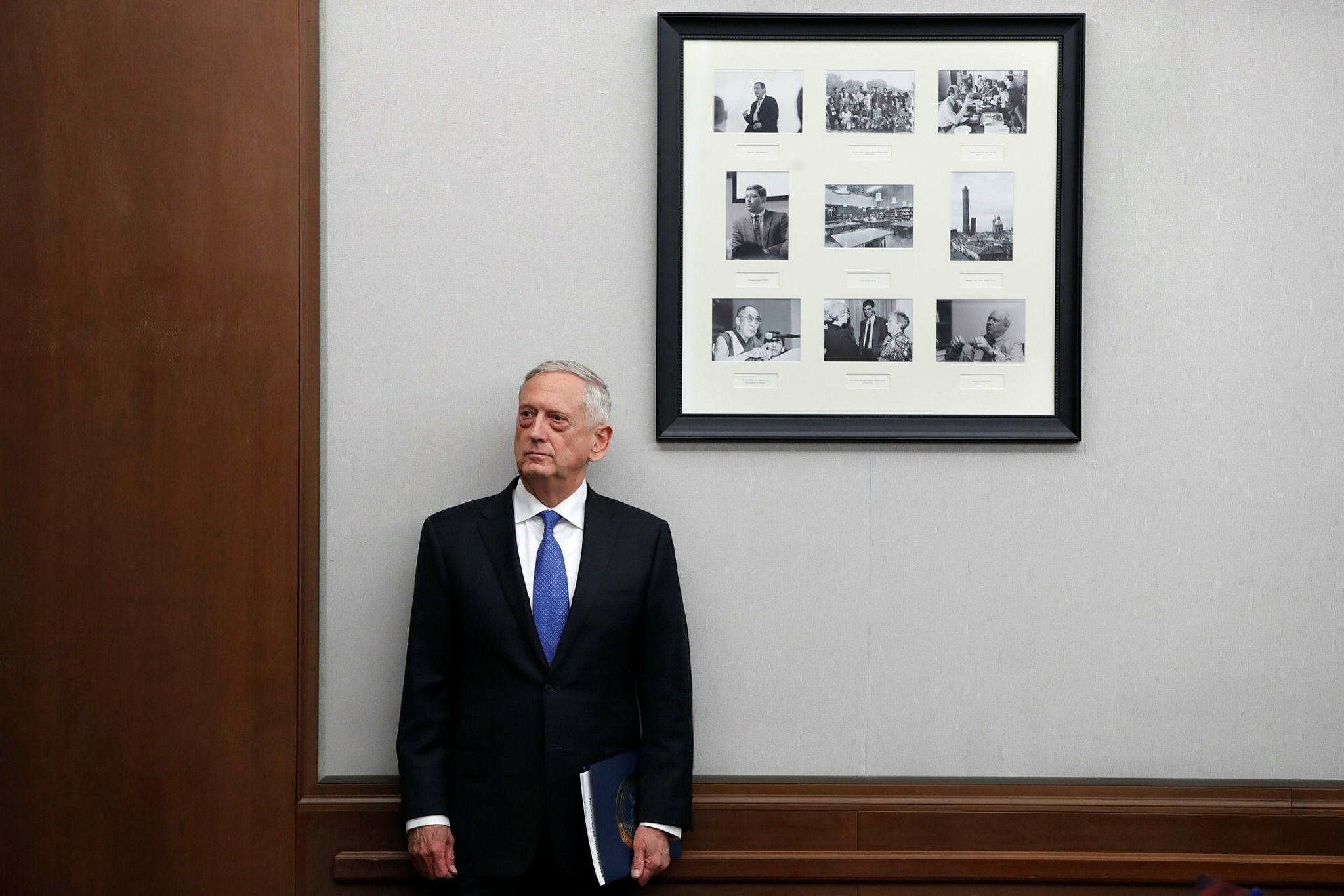 U.S. Defense Secretary James Mattis listens to his introduction before speaking about the National Defense Review, Friday, Jan. 19, 2018, in Washington. (AP Photo)
by Daily Sabah with Reuters Jan 21, 2018 12:00 am

Turkey warned the United States ahead of its air strikes in Syria against the US-backed YPG, and Washington is in contact with Ankara about the way forward, U.S. Defense Secretary Jim Mattis said on Sunday during a flight to Asia.

"Turkey was candid," Mattis said, without disclosing the U.S. reaction to Turkey's notification. "They warned us before they launched the aircraft they were going to do it, in consultation with us. And we are working now on the way ahead. We'll work this out."

"Turkey has legitimate security concerns," Mattis added, noting it was the only NATO ally with an active insurgency inside its borders, pointing to PKK terrorists tied with the YPG.

Mattis also added that Turkish military informed Washington of its air operation in a phone call to high levels of the U.S. military. He said no U.S. forces were currently at risk from the Turkish operations.

Asked whether he was concerned about the situation, Mattis said: "We are very alert to it. Our top levels are engaged ... And we're working through it."

The Turkish military said only terrorist targets were being destroyed and "utmost importance" was being given to not harm any civilian while Free Syrian Army (FSA) Commander Abu Maryam gave assurances to civilians that his fighters were only targeting PKK/PYD terrorists.

Turkey on Saturday launched Operation Olive Branch to remove PKK-linked and Daesh terror groups from Afrin. YPG and PYD are the Syrian offshoots of the PKK terror group, which has been designated a terrorist organization by Turkey, the U.S. and the EU.