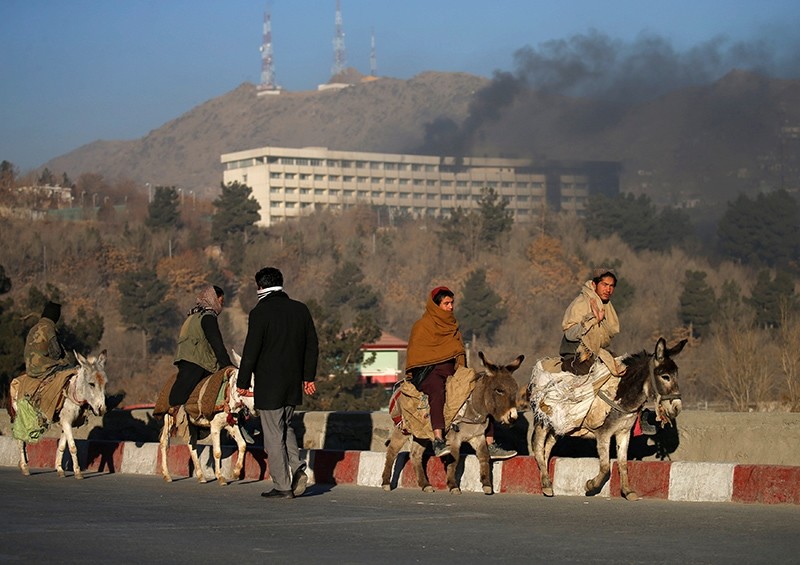 Turkey on Sunday strongly condemned the terror attack at a luxury hotel in the Afghan capital Kabul that left several people dead.

In a written statement, the Foreign Ministry said: "We learned with great sorrow that many were killed and wounded due to a terrorist attack perpetrated at a hotel in Kabul. We strongly condemn this terrorist attack and convey our condolences to the friendly and brotherly government, and people of Afghanistan."

Ten people, including six civilians and four armed assailants were killed during the siege of the Intercontinental Hotel in capital Kabul that finally came to an end on Sunday, according to an Afghan Ministry of Interior official.

The attack began late Saturday when a group of armed attackers stormed the state-owned 20th-century hotel, located on a hill in the western Bagh-e-Bala neighborhood of the city, despite tight security.

Up to 150 guests at the hotel were said to have been rescued by security forces.

The Taliban claimed responsibility for the attack.