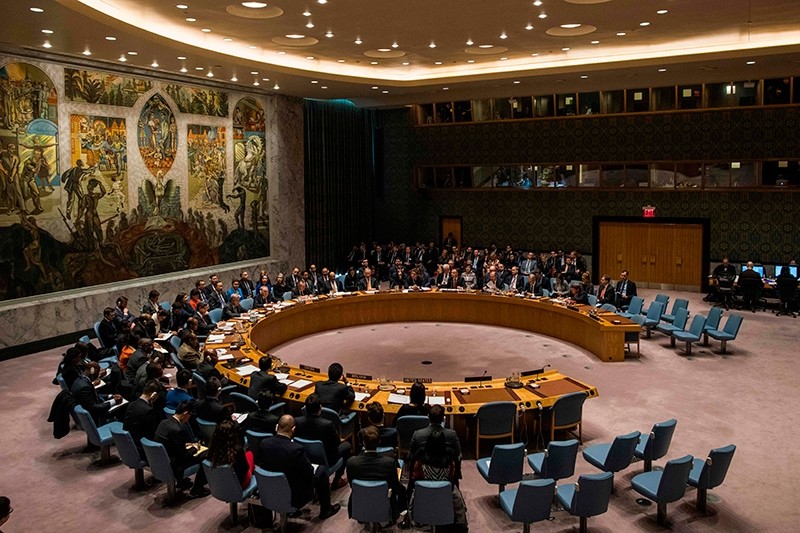 "Ghouta, Idlib, Afrin — France asks for an urgent meeting of the Security Council," French Foreign Minister Jean-Yves Le Drian said on his Twitter feed. He added that he had spoken with his Turkish counterpart Mevlüt Çavuşoğlu on Sunday morning.

The foreign ministry said Monday that the U.N. meeting on Syria initiated by France under the framework of "Any other business (AOB)" will address latest developments in the country, according to a message sent by French officials to representatives of U.N. member states.

"I would like to inform you that we will also use tomorrow's AOB on Syria to focus on the humanitarian situation in the country and to address more generally the latest developments of the situation in the field," the message said.