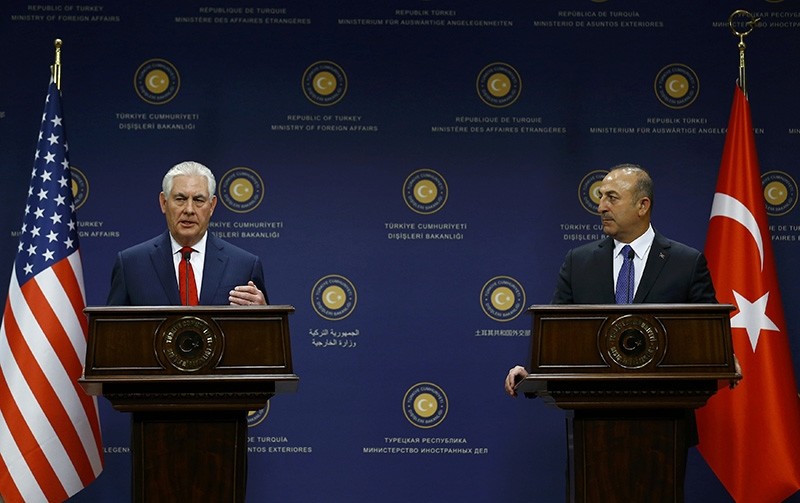 Foreign Minister Mevlüt Çavuşoğlu discussed Operation Olive Branch with his U.S. counterpart Rex Tillerson on the sidelines of the International Partnership against Impunity for the Use of Chemical Weapons hosted by the French Foreign Ministry in Paris, diplomatic sources said Tuesday.

Çavuşoğlu announced later on Tuesday that President Recep Tayyip Erdoğan and his American counterpart Donald Trump would speak over the phone on Wednesday.

He said Trump requested to make the phone call. "The time has also been decided," Çavuşoğlu added, without giving any further details.

Tillerson announced Monday that the U.S. hopes to work with Turkey to try to create a security zone in northwestern Syria to meet its legitimate security needs.

The United States has told Turkey, "let us see if we can work with you to create the kind of security zone you might need," he said, according to a reporter traveling with him to Paris.

"So we're in discussions with the Turks, and some of the forces on the ground as well, as to how we can stabilize this situation and meet Turkey's legitimate concerns for their security," Tillerson added.

The operation is being carried out under the framework of Turkey's rights based on international law, U.N. Security Council resolutions, its right to self-defense under the U.N. charter and respect for Syria's territorial integrity, it said.