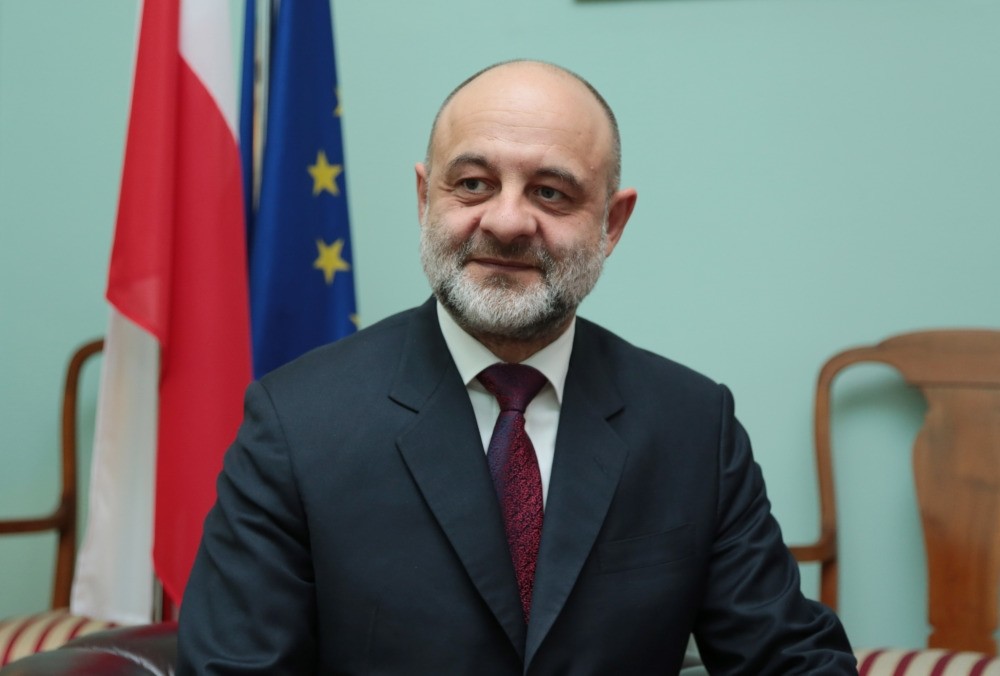 Polish envoy Maciej Lang said that Poland is among the EU member states that strongly support Turkey's EU negotiations, putting an emphasis on the long historical ties between the two countries.
by Özgenur Sevinç
Jan 27, 2018 12:00 am

Polish envoy Maciej Lang said Poland, sharing over 600 years of historical ties with Turkey, always considered the country part of Europe and expressed his belief in its future in Europe.

"We have never had doubts about Turkey being part of Europe. I personally believe in Turkey's European future," Lang told Daily Sabah, adding that Poland is among the EU member states that strongly support Turkey's EU negotiations, which he said could be an efficient tool for necessary internal reforms.

Polish President Andrzej Duda also said Thursday that the door to the European Union should be kept open to countries aspiring to join the bloc, speaking during a meeting at the World Economic Forum in Davos, Switzerland.

Commenting on the current strained ties between Poland and the EU, the ambassador stressed, "Public support for Poland's membership in the EU remains very high, which is an important factor for governmental actions." Lang stated that Poland had never questioned the basic principle of the rule of law and added: "In the EU, we shall focus on a positive agenda, on what unifies and not divides. We continue the dialogue and expect that it will soon yield positive results."

Explaining the priorities of Poland during this term, the ambassador said, "Supporting the principles of international law, including stressing the importance of the principles of sovereignty and territorial integrity together with conflict prevention and promotion of mediation, are the main priorities of Polish membership." He added, "Subsequently, Poland also plans to engage in initiatives dealing with the protection of places of worship in armed conflicts, and intercultural and interreligious dialogue as an element of reducing the level of tension in international relations."

In relation to the fact that Turkey and Poland have enjoyed over 600 years of common history, Lang underlined that this tradition is honored in Poland. Highlighting the historical ties, the Polish envoy said, "They were even reflected on during President [Recep Tayyip] Erdogan's recent visit to Poland when the president of Poland, Andrzej Duda, reminded that the Ottoman Empire was the only country that did not recognize the partitions of Poland by its neighbors in 1795 and later, many Polish people found refuge on the Ottoman soil." Lang said the bonds of trust "constitute a solid basis for developing vibrant cooperation nowadays."

In an effort to boost political and economic ties, Erdoğan paid an official visit to Poland in October with an entourage of 200 businesspeople and representatives from the Foreign Economic Relations Board (DEİK). During this visit, the two countries vowed to increase the current trade volume to $10 billion while supporting the expansion of mutual investments.

Lang said, "Reaching the benchmark of 10 billion euros in bilateral trade set by the two heads of state is absolutely feasible." In order to reach this goal, the envoy underlined, "We should create favorable conditions for business-to-business contacts, create incentives to attract new companies and enlarge the specter of cooperation."

The ambassador also commented on cooperation in the field of defense saying, "The biggest window of opportunity for cooperation in the area of defense is the Polish Armed Forces Modernization Program." He said Turkish and Polish representatives have met recently several times to coordinate programs, and positive developments are expected.

Touching on the role that student exchange programs between the countries play in bilateral ties, Lang emphasized, "This is right now one of the most important factors in shaping our future relations." Every year, the number of Turkish students studying in Poland through the Erasmus Plus program rises by 15 to 18 percent. Last year, some 4,000 young Turkish citizens took the opportunity to study in Poland.

"Young people will shape the future of our relations. I cannot overstate the importance of this exchange as a ‘living bridge' connecting Poland and Turkey," Lang said, welcoming the high number of students visiting the country.