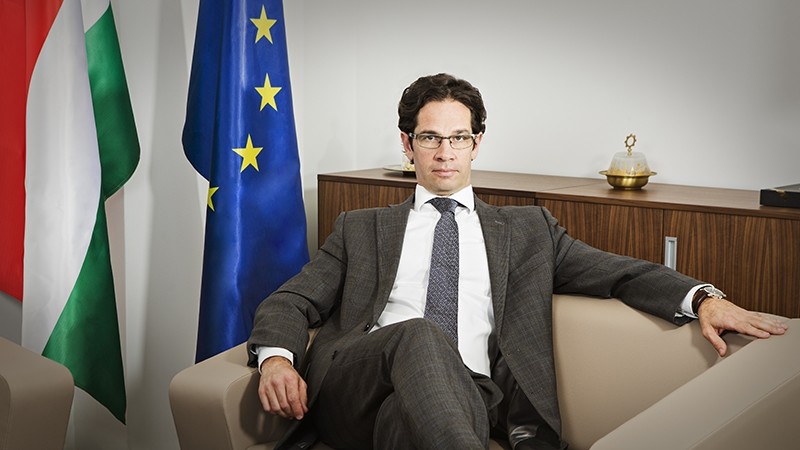 Hungarian Consul General in Istanbul Balázs Hendrich said that Turkey is an important ally of Europe in the fight against terror, suggesting that enhancing Turkey-EU Relations is in the interest of Hungary.

The Consul General gave an exclusive interview to Daily Sabah, and spoke on various topics ranging from Turkey's relations with the EU and bilateral ties between Budapest and Ankara.

Responding to a question on the current effectiveness of the migrant deal between Brussels and Ankara, Hendrich praised Turkey's efforts on the issue, adding that the deal has turned out to be an effective tool to protect the Schengen Area's external borders.

"We highly appreciate the dedicated efforts Turkey has assumed regarding the migrant crisis from both security and humanitarian aspects. Turkey is a key ally of Europe in the fight against terrorism and the treatment of illegal migration; therefore the stability of Turkey and the strengthening of the EU-Turkey dialogue is a vital interest of Hungary too," he said.

In March 2016, Turkey and the EU signed a refugee deal to discourage irregular migration through the Aegean Sea by implementing stricter measures against human traffickers and improving the conditions of Turkey's 3 million Syrian refugees. The deal included a 3.3 billion euro aid package to help Turkey care for millions of refugees hosted in the country, and the EU promised to initially allocate 3 billion euros in its first tranche for projects to support Syrian refugees. 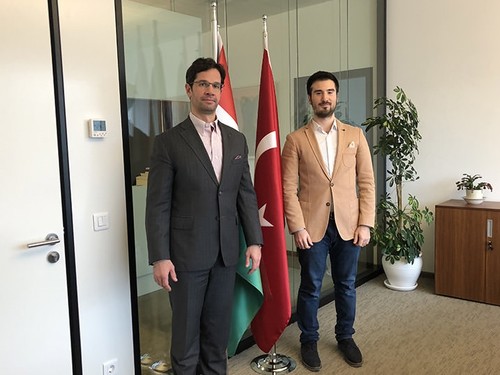 Hendrich said that as the countries that have deeply-rooted historical ties, traditions and the sympathy, bilateral ties between Hungary and Turkey have recently gained new momentum in various fields including tourism.

"We are delighted that more and more Turkish tourists are discovering the beauty of Hungary, every year visiting our capital and the country's Ottoman heritage sites too. As Hungary is a member of the Schengen Area, we have to act in harmony with the Schengen visa rules, although we try to facilitate and accelerate the issuance of visas and make our visa procedure as customer-friendly as we can," the Consul General said.

The history of relations of the two countries dates back centuries ago, the time the Ottoman Empire encountered the Hungarian Kingdom in the middle ages, and shares a lot of common heritage. The Turkish Cooperation and Coordination Agency (TIKA) has completed about 60 projects in Hungary since 2014, which were mostly linked to social and cultural cooperation, education and health.

The Hungarian diplomat also said they support the modernization of the Customs Union between Turkey and the EU, and ensuring the free movement of goods and services as widely as possible.

Hungary is determined to maintain strategic relations with Turkey, and therefore the Hungarian government is committed to the re-energizing of EU-Turkey relations and the accession process of Turkey.

"We truly hope that more European leaders recognize the need for pragmatic dialogue with Turkey as this cooperation, and the EU-Turkey Migration Action Plan, has brought tangible results," he said.

Ankara's customs union agreement with the EU came into force in 1995. Both Turkey and the EU seek to expand the scope of the agreement, which would have positive effects on trade relations in various industries.

Hendrich also talked about his position as the head of the Istanbul Consular Corps (ICC), which was established in 1993 by several Consul Generals, and later revived in 2001, saying that his aim, besides facilitating networking, is to increase the significance of the ICC, transforming it into a prominent bridge between Turkish opinion leaders and the diplomatic missions.

The ICC is an informal club in Istanbul, and all Consul Generals and Honorary Consuls representing a country without permanent diplomatic mission are members of the ICC. The senior representative of the Ministry of Foreign Affairs of the Republic of Turkey based in Istanbul is an ex-official member of the ICC as well. With its 130 members, ICC is within the top three largest informal consular bodies in the world after the ones in New York and Hong Kong. The purpose of the organization is to integrate its members into the social environment of the location of their mission and to facilitate networking. Since August 2017, Hendrich has acted as Chairman of the Executive Committee of ICC.