PM Yıldırım points to NATO, calls upon US to side with Turkey, not terrorist ‘looters’ 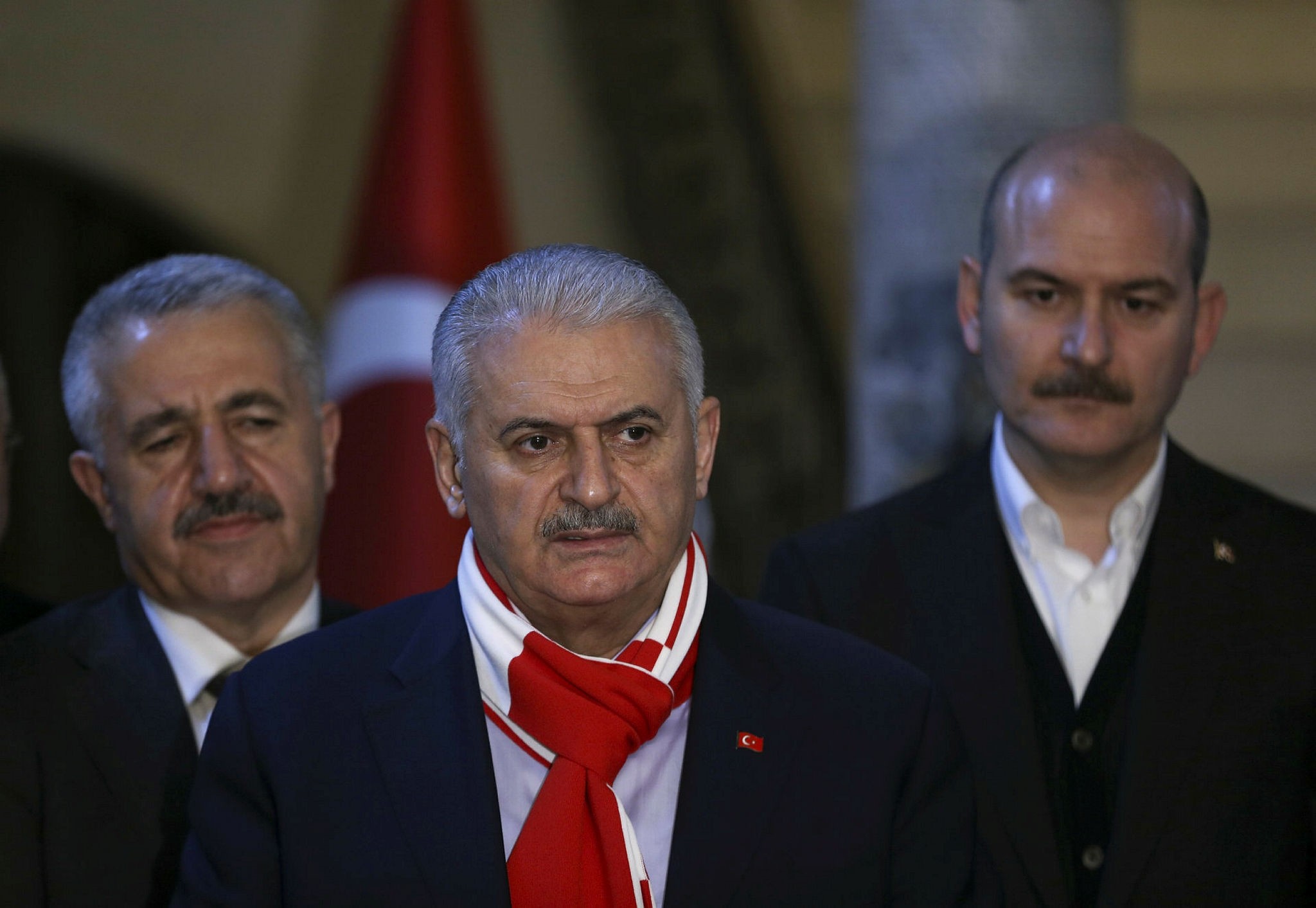 In an obscure reference to the U.S., which supports the Syrian affiliate of globally recognized terrorist group PKK, the PYD and its armed wing YPG, Yıldırım said that allies should back each other, not support terrorism.

Without mentioning any names, Yıldırım criticized certain allies for smearing Turkey's Operation Olive Branch instead of supporting it.

"I have something to say to those who are currently carrying out smear campaigns. You [U.S.] are our ally in NATO and we are working together in various fields. If this alliance is to persist, you will ignore words of looters, and accredit the words of Turkey, a trustworthy friend," Yıldırım said.

A total of 94 rockets were fired by the PYD/PKK terrorist group since the beginning of the operation in Syria's Afrin, he also added. "Sixty rockets targeted the Hatay province and 34 landed in the Kilis province" both bordering Syria," Yıldırım stated during a visit to the governor's office in the border town.

"Seven civilians have been martyred, 113 people have been injured," Yıldırım said.

The military has said only terror targets are being destroyed and "utmost care" is being taken to avoid harming civilians.